The Modern Quilt Guild is getting ready for their first convention appropriately named QuiltCon this February.  As part of the fun, they have a block challenge which you can make a quilt block that’s 12.5″ by whatever, using the official quiltcon colors (solids or prints).  My local chapter of the Modern Quilt Guild (MMQG) decided to do a fabric exchange so we could each purchase a yard of one of the fabrics and exchange fat eights to get all the colors we needed.  I was assigned a tangerine print — (you can see it in my finished block).  I really had fun designing and making this block. 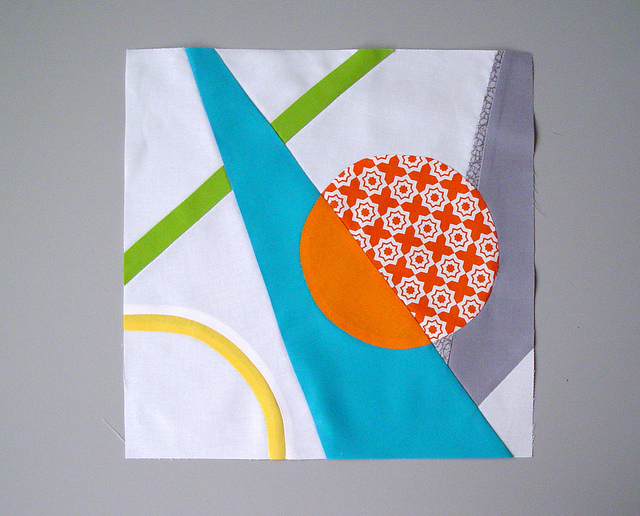 OK — a bit about the block itself . . . I was inspired by modern art for this block — no specific piece — just my idea of modern art.  I really liked how it came together (at least on the second attempt – I’ll show you the first in a second).  I wanted to incorporate a bit of print with the solid to give it depth and character, but not get too busy even though it’s a busy design.  What do you think?? 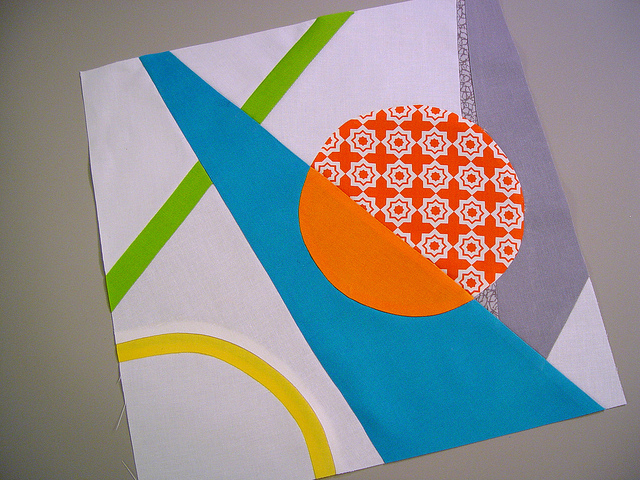 It came together so well, I even had to show you the back too!!  Yes, this block is all pieced (no applique).  The circles came together perfectly and so did all of the curvy bits — no puckers!! 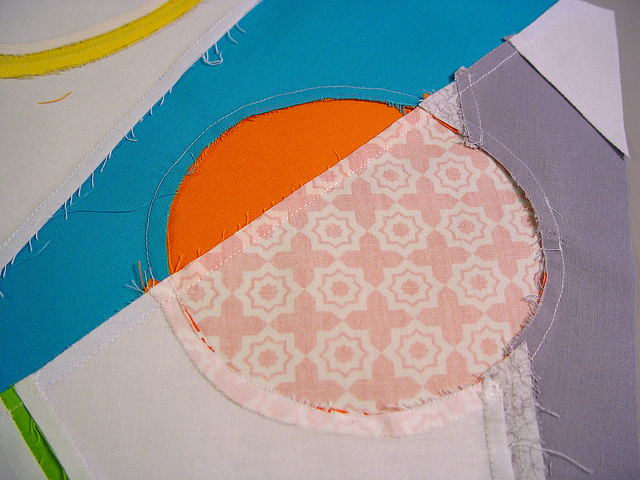 Here’s attempt #1 — I will not be sending this block in for the challenge.  It has several puckers (which I’ve circled for you) and I unintentionally made the mirror image of my original design.  No one would know that little fact but me, but it annoyed me. 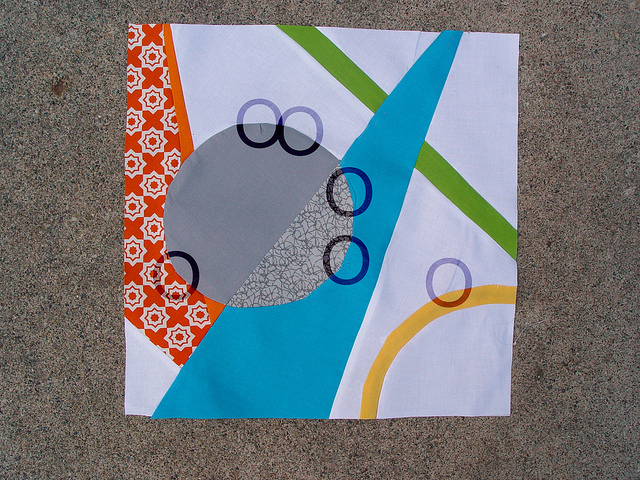 Biggest mistake here was rushing — I didn’t take my time on this block, and it shows.  On the second block (at the top of the post), I took my time, and the block came out perfectly.  This second block is going to be part of a charity quilt that the MMQG is putting together – so it won’t be wasted. 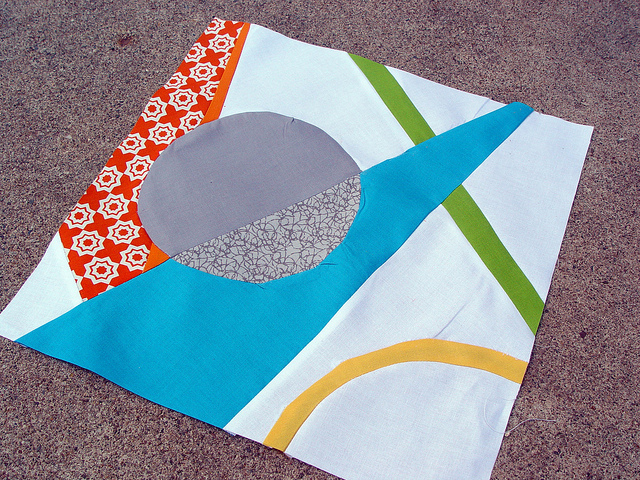 The finished block size is 12.5″ square.

11 Comments on Modern Art for a QuiltCon block