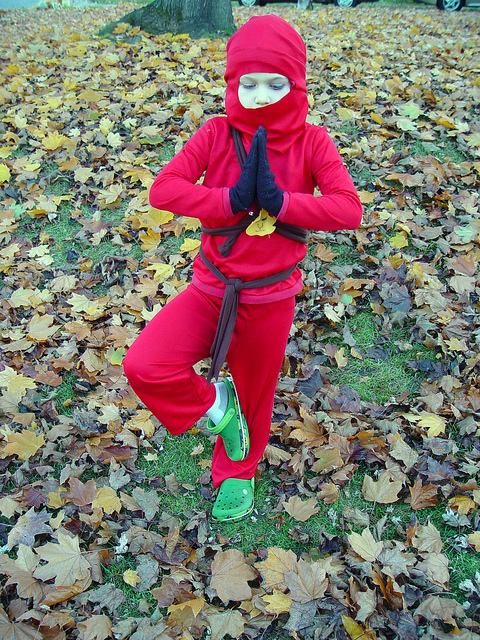 For Halloween Connor wanted to be the Red Lego Ninja, Kai. 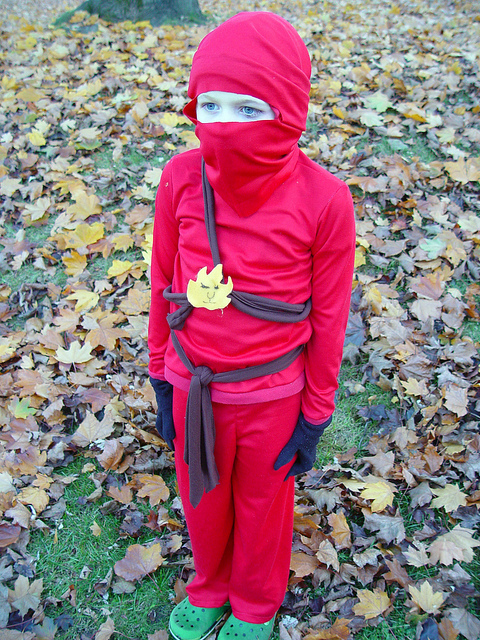 It was a pretty simple costume, especially when compared to Rapunzel.

The costume was made out of knits and was super simple.  Just a basic pair of pants with an elastic waistband.  The shirt was a red hoodie and then I made an extra “mask” to go over his face and tie in the back. 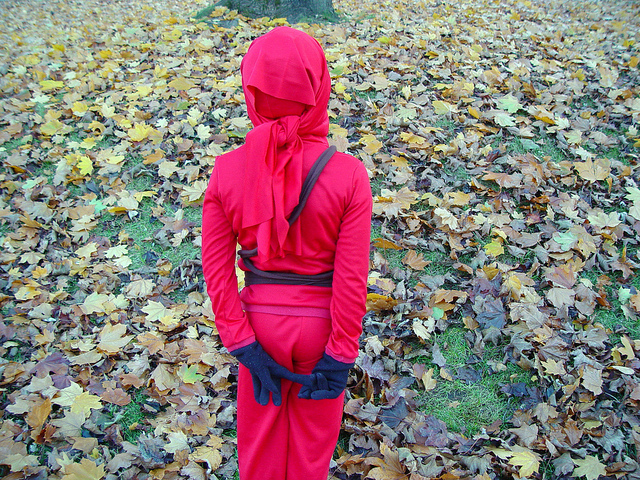 The brown rope tied around his torso matches Kai’s — along with the little fire symbol which was simply cut out of felt and I drew on the face with a sharpie.  The costume is easily worn without the adornments so he can have a simple pair of red pants and a simple hoodie, so maybe he can get some use out of them later. 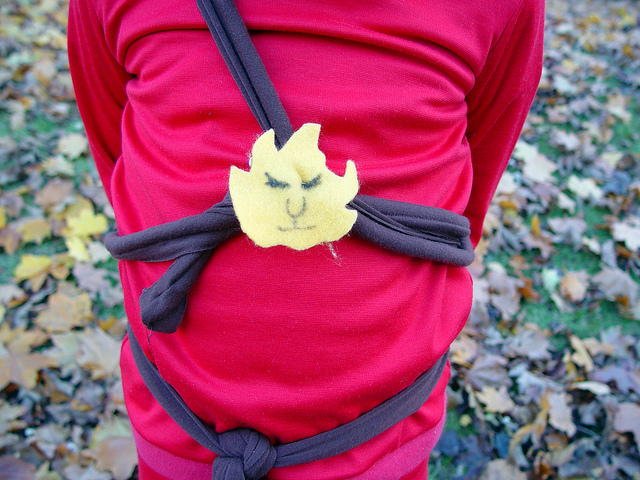 This was the first Halloween that was really, really fun for me.  Until now the kids have been focused on their costumes and the trick-or-treating and that was about it.  This year, however, Connor really got into it.  He planned a party for us and his cousins (and grandparents).  He set up decorations and planned and helped execute the menu even labeling the food, just in case we didn’t know what they were. 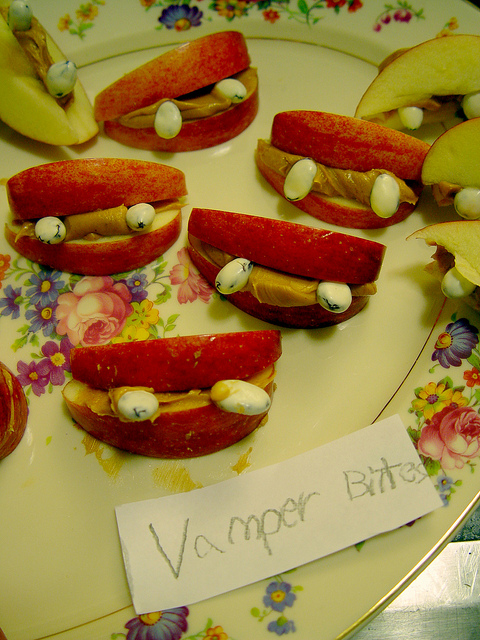 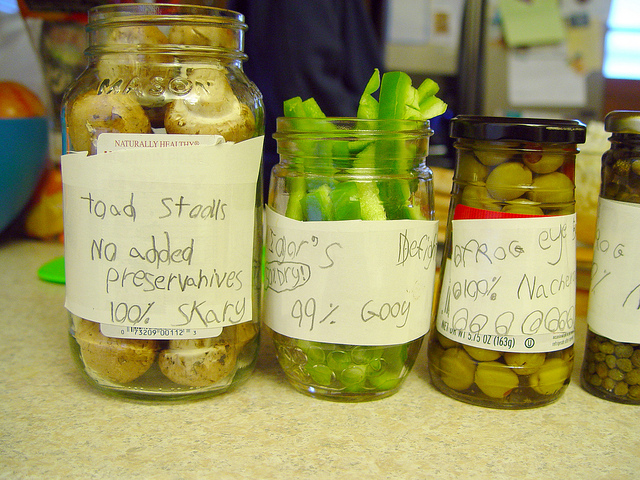 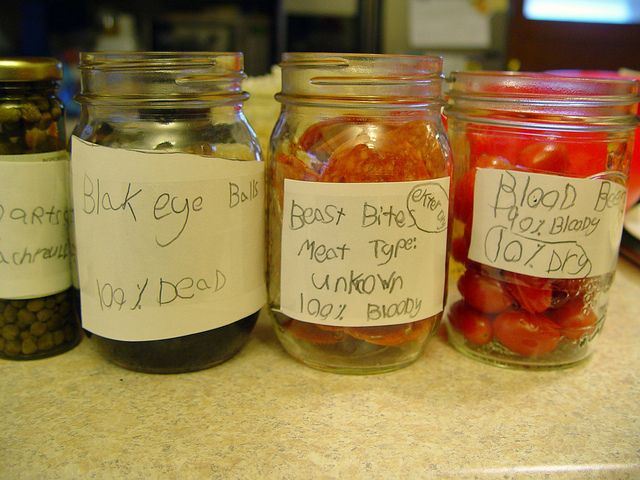 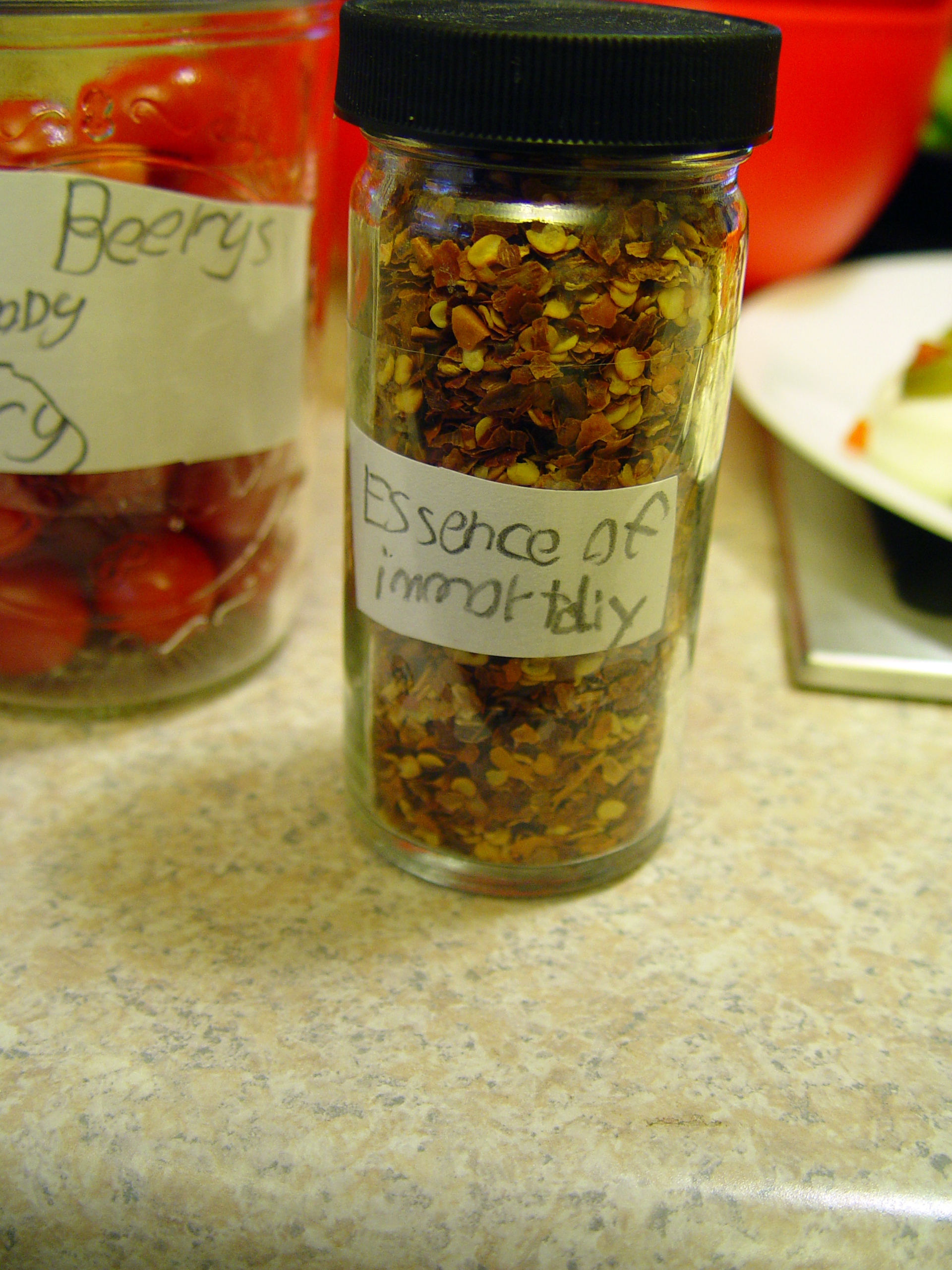 Essence of Immortality (this is the one he let me name).

We used all the creepy ingredients to make personal pizzas.  I loved seeing his creativity and imagination in all of the naming.  It was a hit and Connor was very happy! 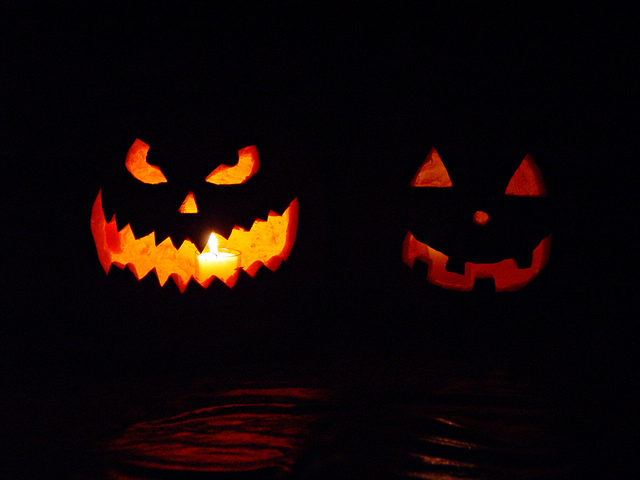 2 Comments on A Ninja and Scary Ingredients