It’s no surprise that he wanted to dress as Harry for Halloween. 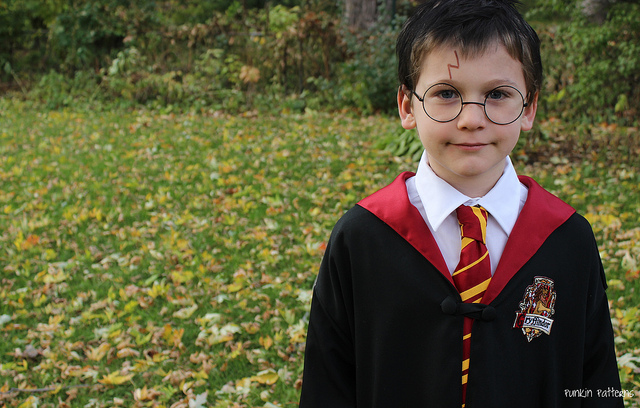 I think my younger sister (who was ten when the first of the Harry Potter books came out) is a bit jealous of this costume (at least her ten-year-old self is). 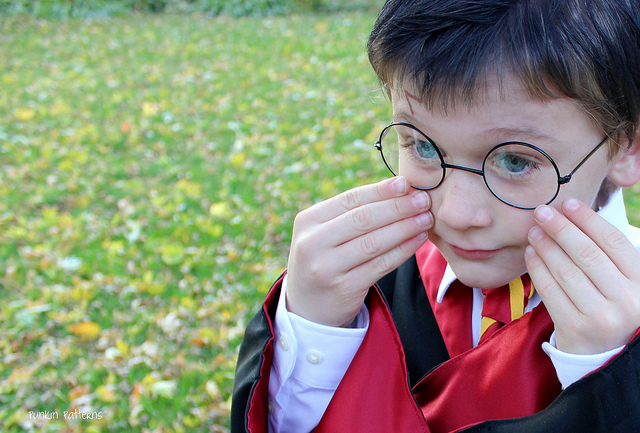 I drafted a simple pattern for the robe based on his measurements.  It worked pretty well.  For the fabric, I chose a suiting fabric which had a nice drape and sheen – not too shiny.  However, it is polyester!  Eek!  Not what I like sewing with that’s for sure.  Despite the silky feel, it sewed pretty easily (even without a teflon foot on my machine). 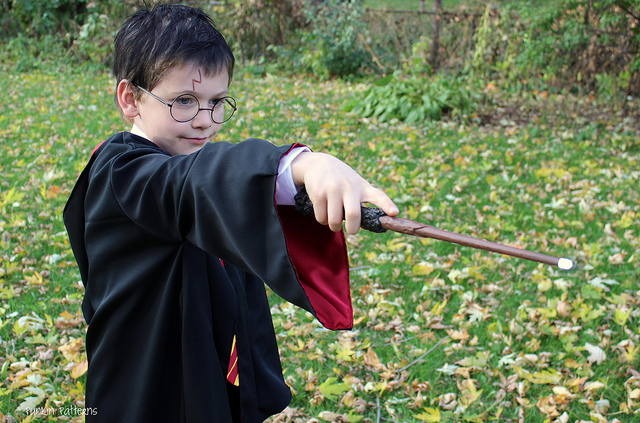 I tried to match the cloak in the movie. They change a bit from movie to movie and I went with the version I liked most. 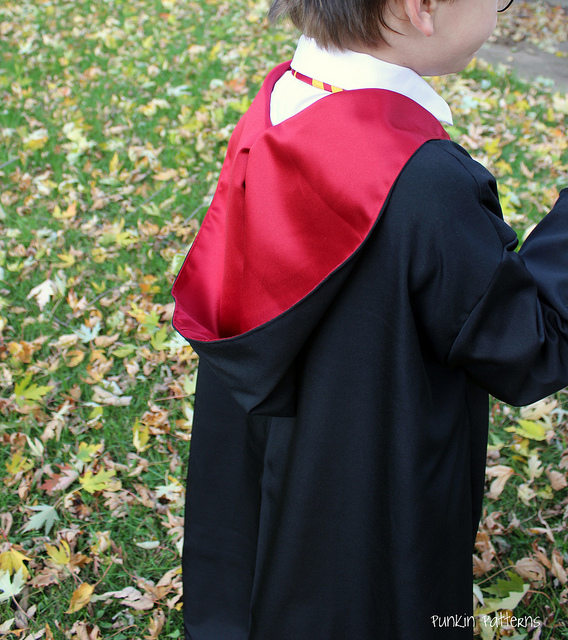 The cloak is fully lined and even has a “hidden” pocket inside for his wand – so he can pull out his wand when he needs it just like in the movies. 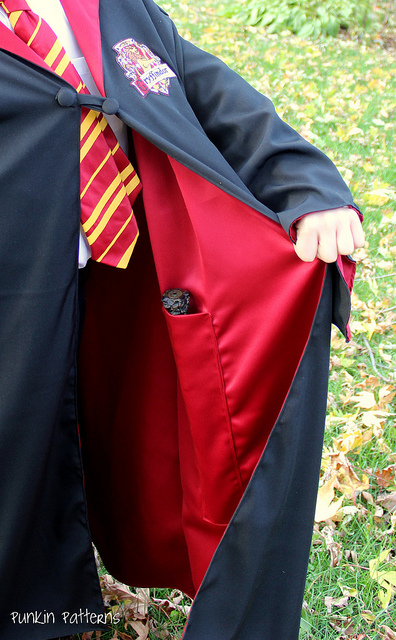 I purchased the wand (with illuminating tip), the glasses and the Gryffindor house patch on Amazon.  I drew the scar on his forehead with a lip liner.  His hair was sprayed black with a can of Halloween hair spray that washes out. 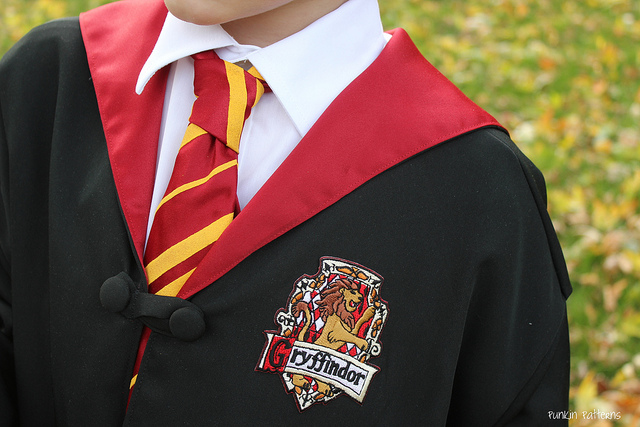 The tie was made using the purlbee tutorial for a little boys tie.  I used the same fabric as the lining fabric to construct the tie and painted the stripes on before I sewed it into the tie.  Normally when I paint with fabric paint, I heat set it.  (You can read about how to use fabric paint here).  But because of the fabric type, I couldn’t use a very hot iron to set the paint.  It made it a little difficult to hand sew the tie finished, but a little bit more difficult to actually tie the necktie since the tie has a little texture to it now from the paint. 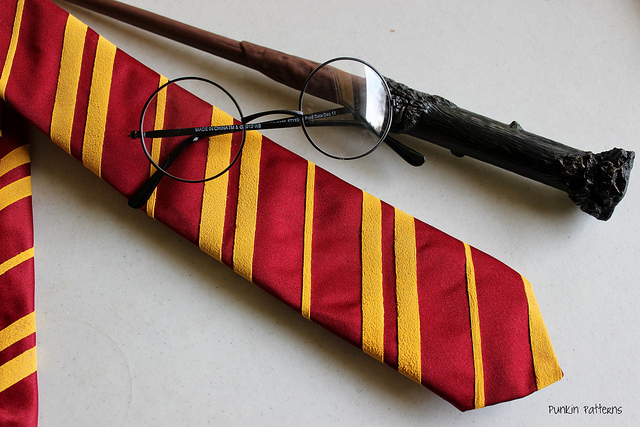 He is all ready for Halloween now! 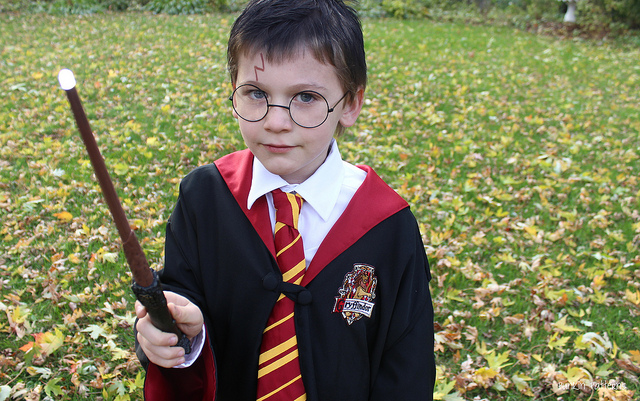 And ready to defend us against He Who Must Not Be Named (although he hasn’t read that far in the books yet.) 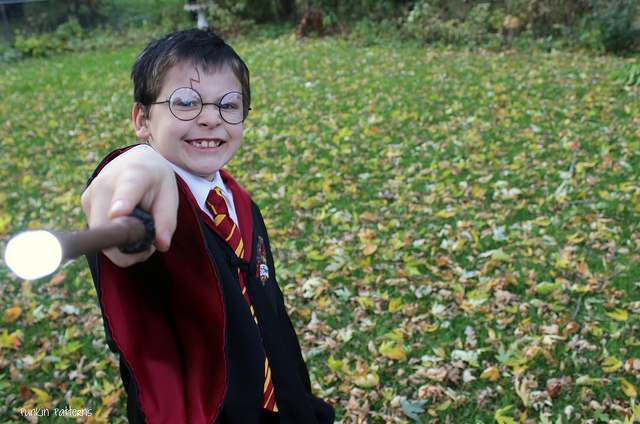