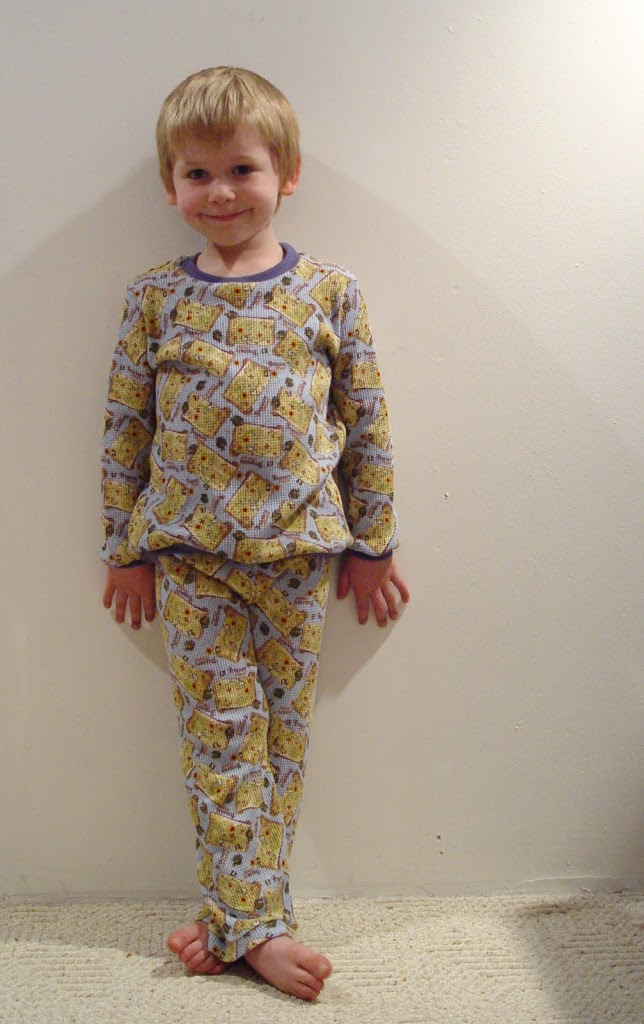 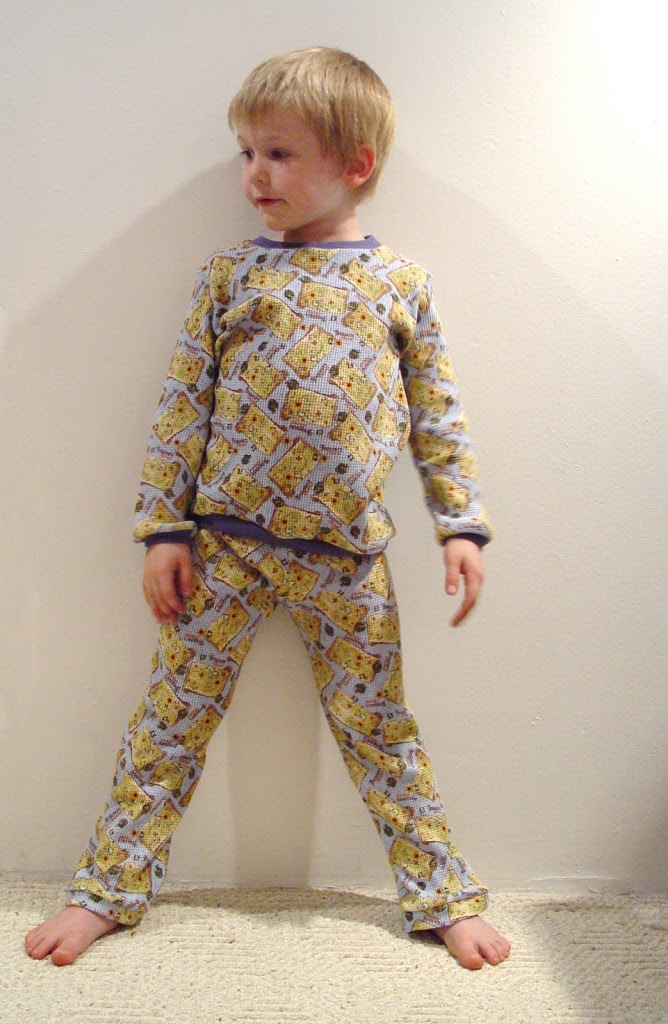 I’ve been sewing a lot of dresses lately.  When my son asked me if I could make him a dress, I knew it was time to sew him something – just not a dress.  We decided on some pj’s with this great pirate treasure map fabric. 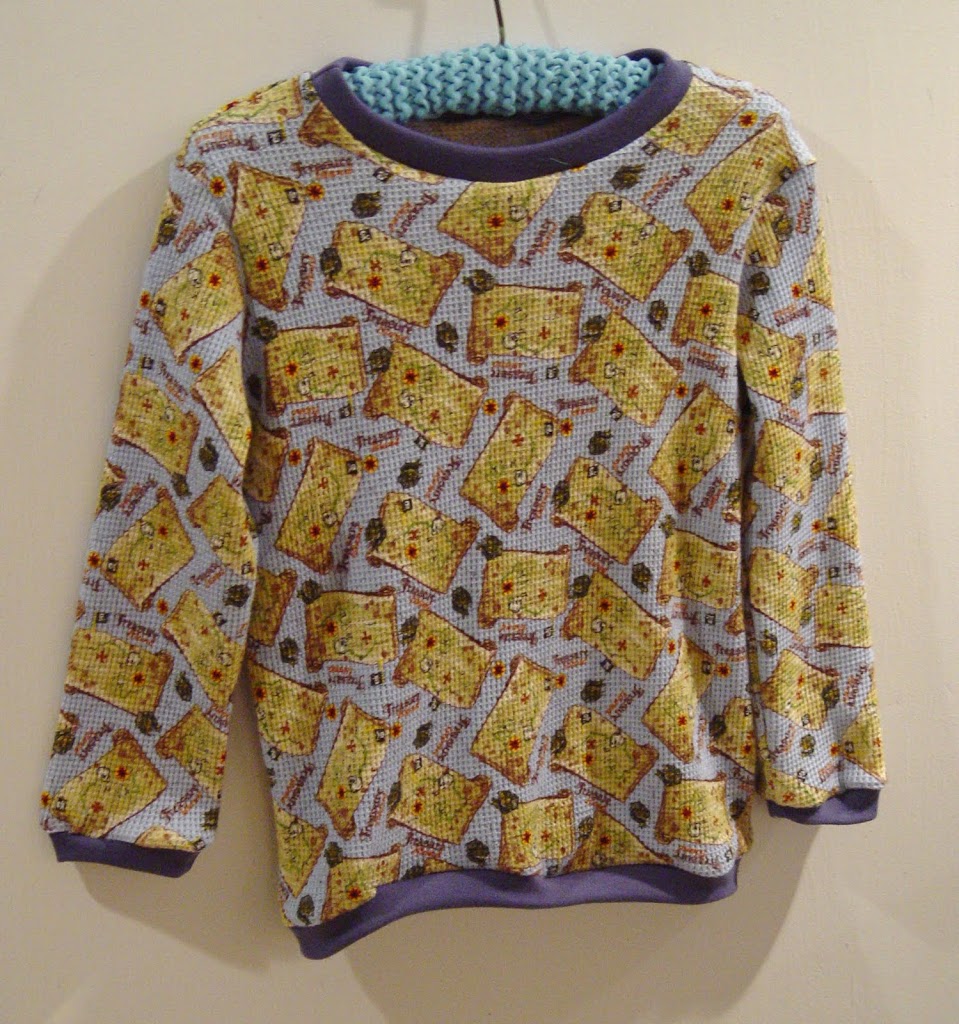 The pajama shirt is just the Recycled T-Shirt Hoodie pattern from Lil Blue Boo (without the hood or pocket). 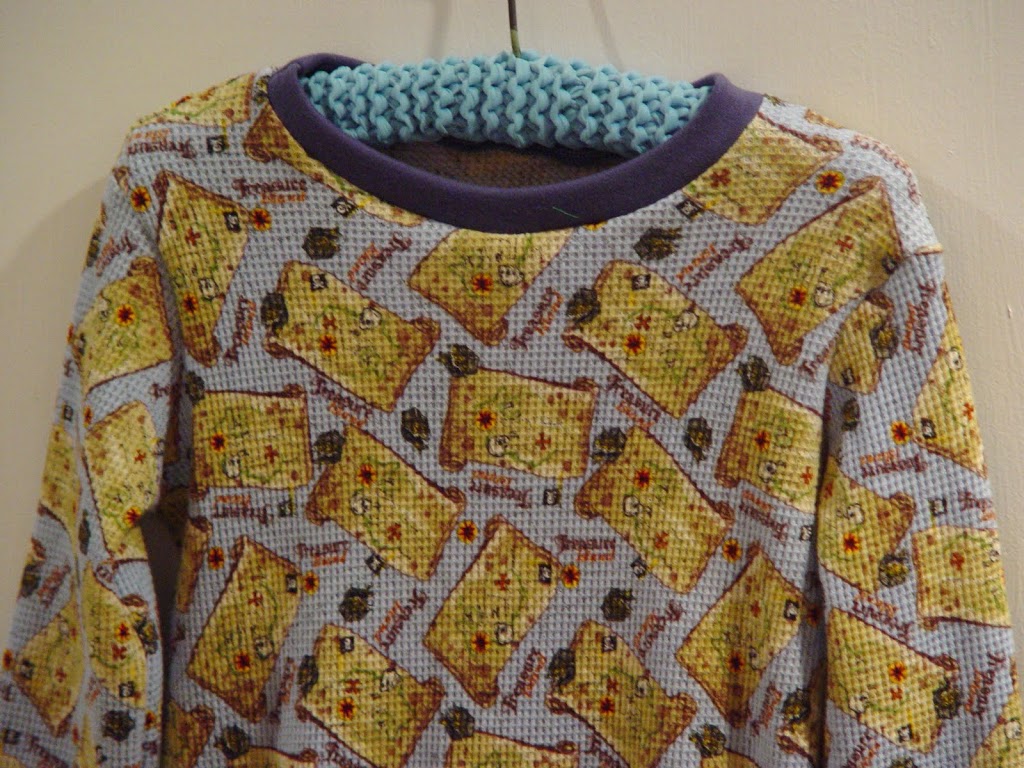 I looked at a lot of pajama pants patterns in books I have and blogs, but I ended up just taking a pair of pajama pants he already has and just traced them right onto the new fabric.  Twenty minutes later I had these! 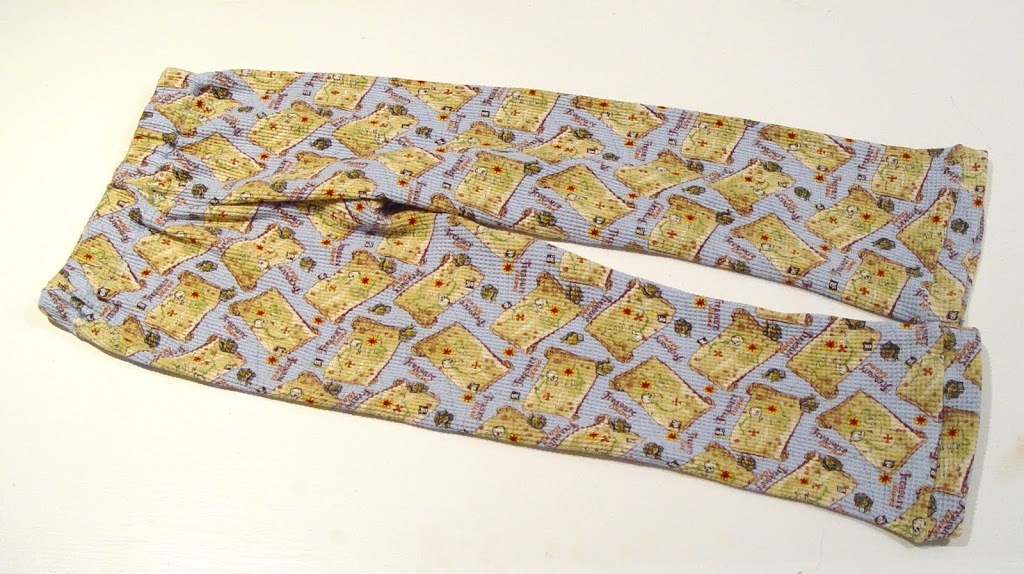 I think the pj’s were a hit.  My son didn’t take them off after we took photos and wore them the next day as well even out shopping!  He finally took them off when he was playing in the water and got them soaked! 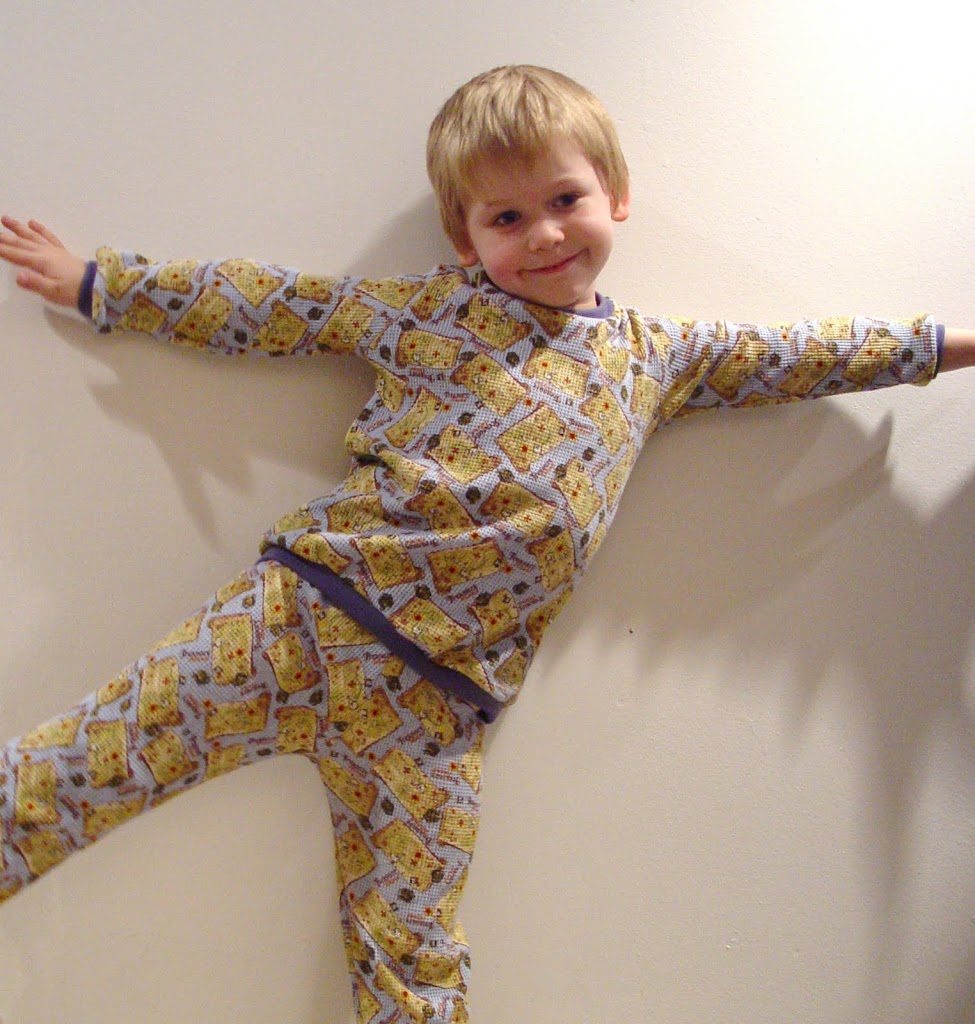 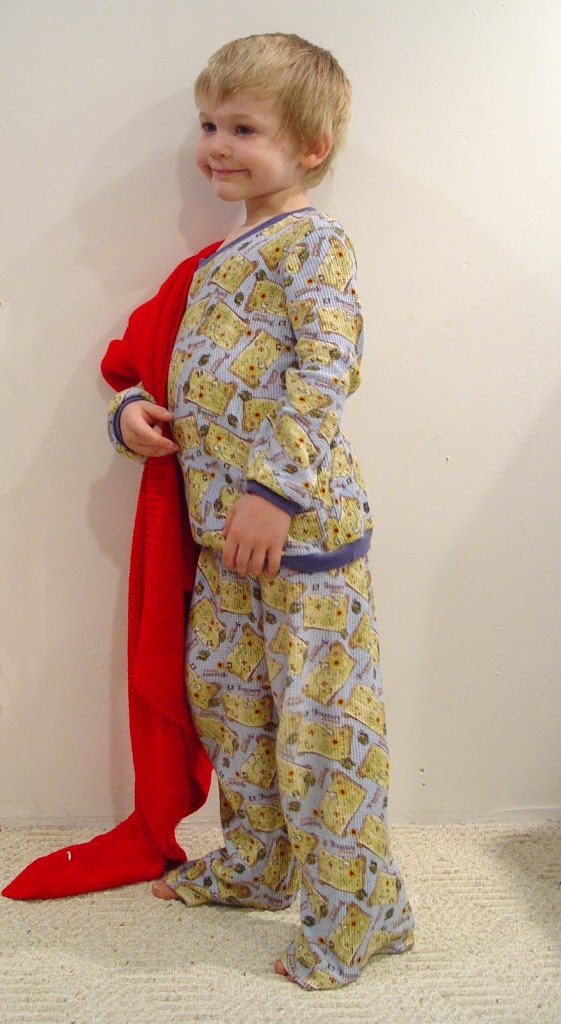