Well, I hope you all had a wonderful Thanksgiving!  Mine was quite busy.  Even though I didn’t host Thanksgiving dinner this year, I ended up with a very busy day.

This little pilgrim dress I made for Gwyneth on Wednesday.  She had learned about the Mayflower and pilgrims in pre-school and wanted to have a dress like them.  This is my version of a pilgrim dress.

I made it out of brown and cream interlock knits.  The shirt portion was made from a modified Lil Blue Boo t-shirt hoodie pattern.  The neckline was kept simple. 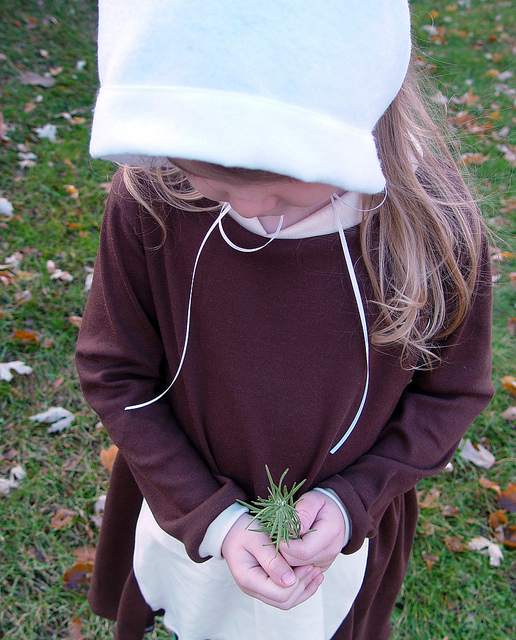 I added a skirt to it and a built in apron.  Pay no attention to the turquoise leggings and pink crocs.  I’m sure all pilgrim’s had those.  🙂 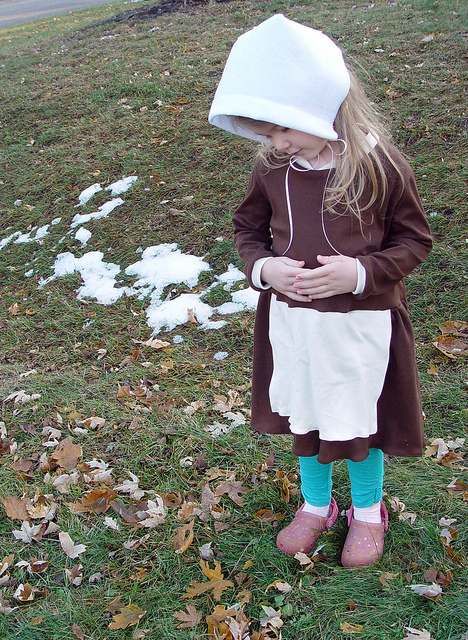 The bonnet was made from inexpensive felt using the pattern from Martha Stewart, although hers used paper and glue and I used felt and sewed it into place. 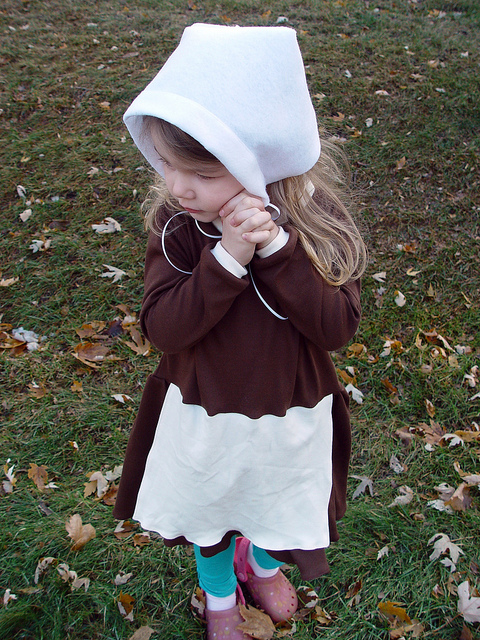 Gwyneth was so excited to wear this on Thanksgiving she wore it almost all day on Wednesday. 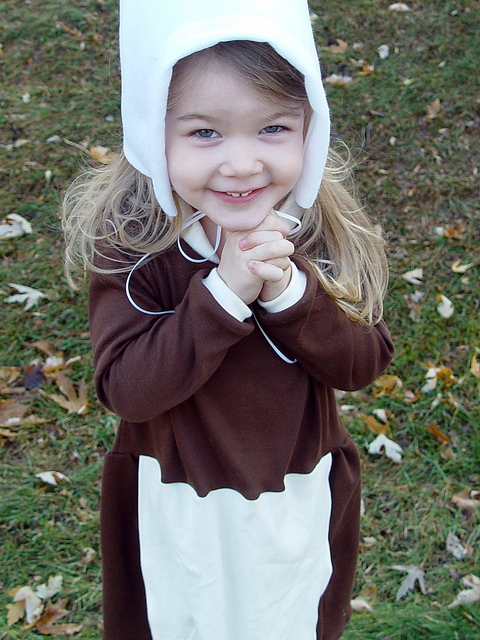 Well, Thanksgiving morning came and I woke up early to clean up a bit around the house then the kids and I watched the Macy’s Thanksgiving Day parade (well, about half of it).  They lost interest and started making necklaces (according to Connor: “like the Native Americans”). 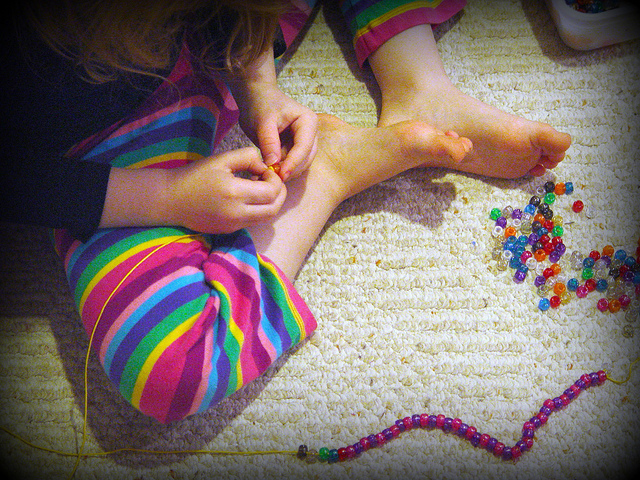 I began working on a last-minute centerpiece for the table.  I wanted to make my own version of the Mayflower similar to one I saw here –  of course mine only cost about $3 to make.  For this I made my own pattern and it came together quite well.  The center dowel holding the sail is being held up by a plastic cup filled with home-made play-doh. 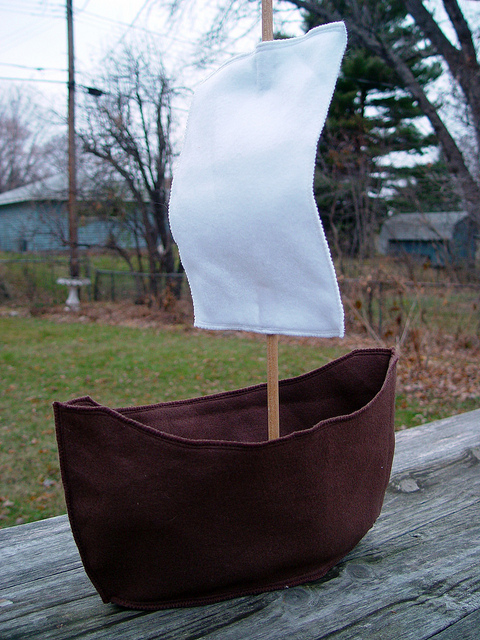 Just as I was finishing this up, I got a call from my mom.  She needed a ride to urgent care – so my lovely husband stepped up and while I was gone he made the stuffing, sweet potatoes, and brussel sprouts.  It turned out that my mom had pneumonia – so she ended staying back at her house after and my dad, brother and sister joined me and my husband’s family for thanksgiving dinner.

When I arrived at dinner Gwyneth plopped down in my lap.  She sat on my lap most of the evening.  She had a little fever.  She’s ok, but spent the majority of yesterday in my lap or my husband’s napping and hanging out.  She’s fine now.

I found these photos on my camera.  Connor had taken photos of the four pies I made for Thanksgiving, because he knew I didn’t get a chance when I ran off to bring grandma to the doctor.  Wasn’t that sweet of him?? He did a pretty good job.  (If you’re wondering the pies were apple, cranberry chess, and two pumpkin). 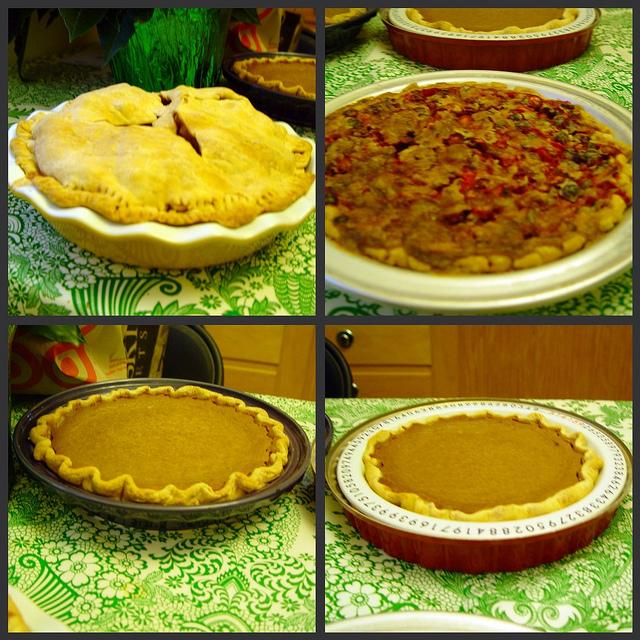 My husband and Connor took advantage of the unusually warm weather here to hang the Christmas lights outside the house.  They looked great. 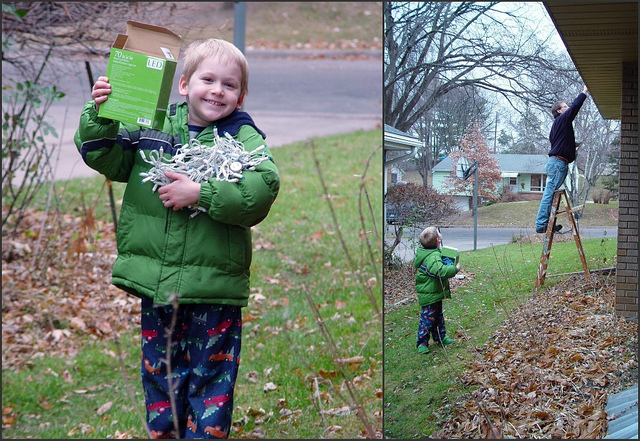 Connor now has a fever, but happily playing Rocket Math on the iPad behind me.

I hope you all had a great Thanksgiving and are enjoying the weekend.  Despite all of the unexpected changes to the day, our Thanksgiving was really nice.  We enjoyed the company of family and had delicious food!