Sometimes I feel like I have a strong connection to the British Isles. Although my ethnicity is primarily German and French, I do have some British in me.  Perhaps I feel more of a connection to Great Britain because my great-grandfather was born there and lived there for 21 years of his life. (Before you say, well, she probably didn’t know him, hold on. I did!   He lived to the ripe old age of 101, so yes I actually have some very vivid memories of him like how he could put his (false) teeth into a glass.  I recently found out that his first wife’s (my great-grandmother’s) brother was in service (i.e. for all you non-Downton Abbey watchers, he was a servant) and worked at one of the royal residences polishing doorknobs . . . . but I digress…

So when I wanted to make some little peg doll soldiers for the kiddos’ castle, well those dapper footmen of the Queen’s Guard in their bright red coats, bright brass buttons and black bearskin hats was the perfect answer! 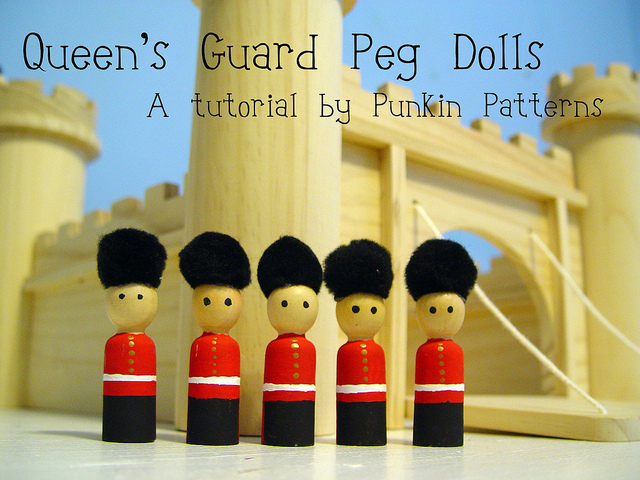 This tutorial is posted over at EverythingEtsy so go on over and check it out. In the meantime, here’s more pictures. 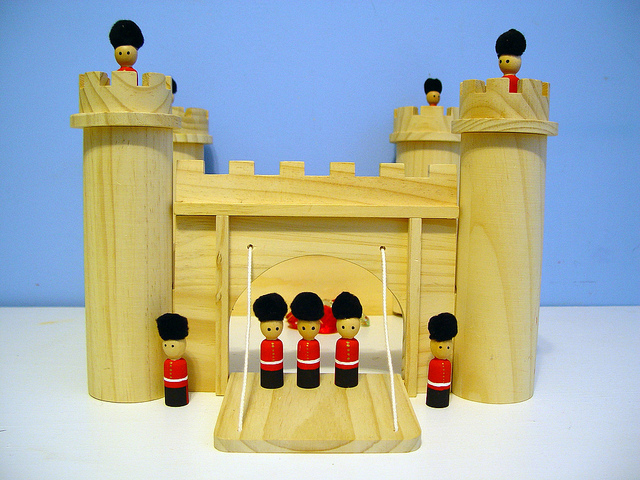 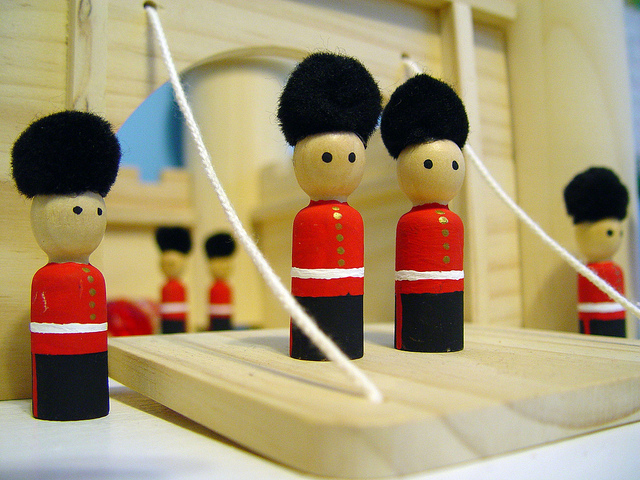 I had way too much fun setting up the soldiers to guard the castle. 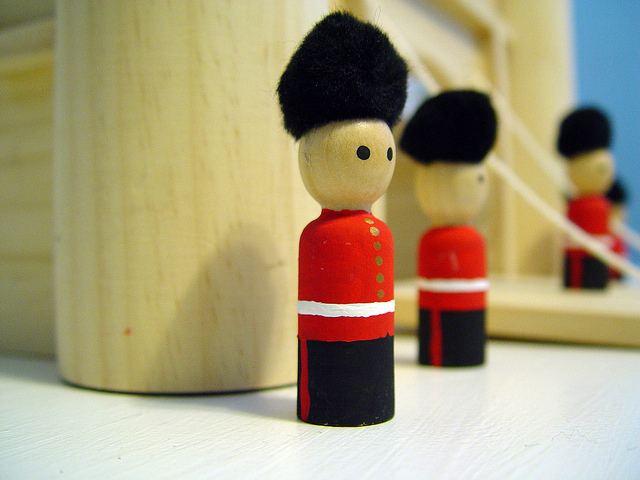 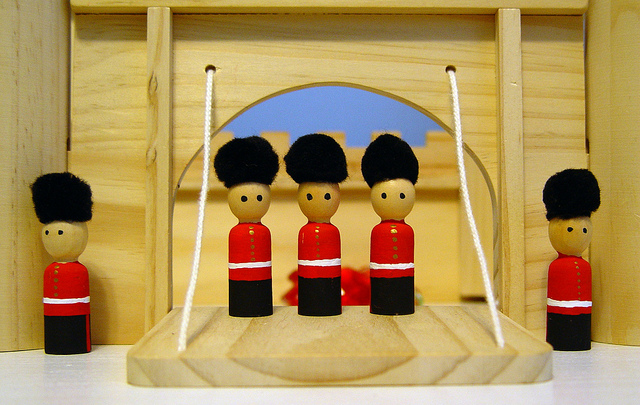 Here’s the changing of the guard. 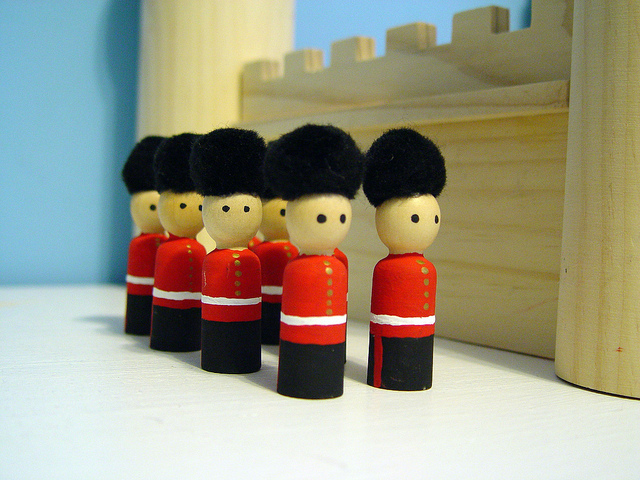 2 Comments on The Queen’s Guard