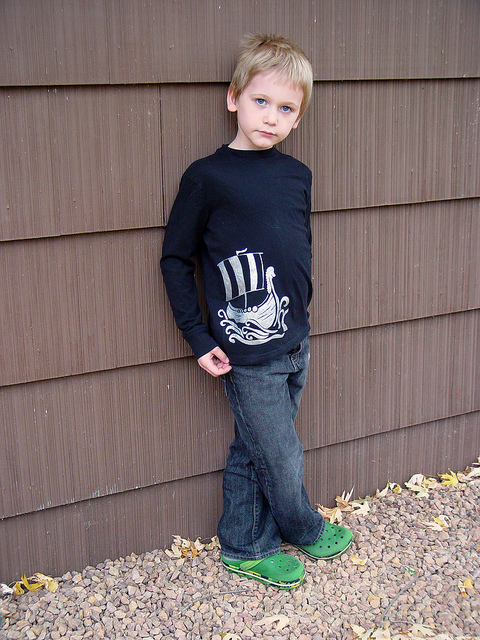 Today is Leif Erikson Day.  In honor of the explorer Leif Erikson and my Scandinavian roots, I thought a viking inspired shirt for Connor should be in order.  Don’t get excited it’s not the Vikings (as in the football team), it’s a more traditional viking ship (and definitely no purple and yellow). 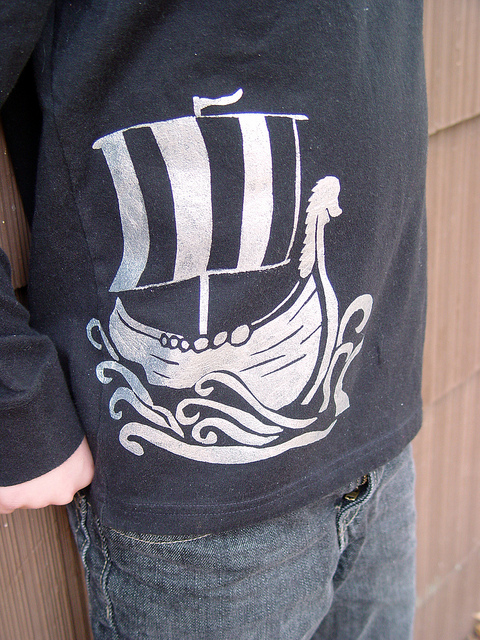 I used the freezer paper method (if you don’t know how to do this, here’s an awesome tutorial.  Wink. Wink.)  I got some inspiration from viking ship images on pintrest and just drew my own directly on the freezer paper.  I couldn’t find my x-acto knife to cut it out, so instead I used scissors.  Took a bit longer.

Connor really liked it — and learning about Leif Erikson Day!  I think also because we had Swedish meatballs from Ikea for dinner.  Yum! 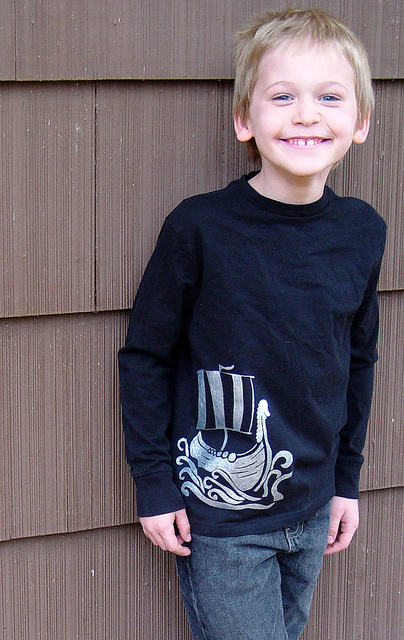