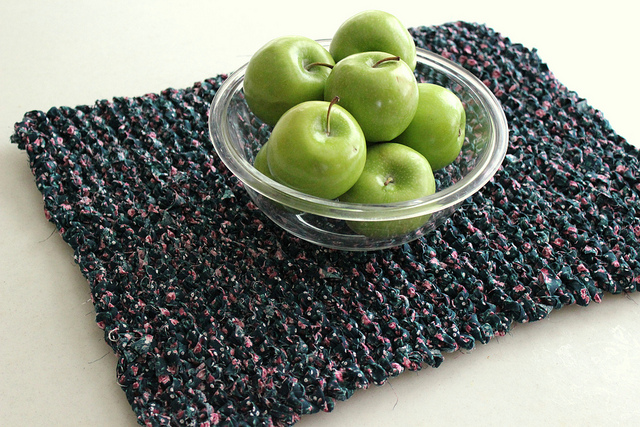 I’m always up for a challenge.  One of the things I like about the Minneapolis Modern Quilt Guild (MMQG) is that we do various challenges.  They’re not all quilting challenges, thankfully, or I’d never get them all done.  The last one was simple :: to use up your oldest fabric!  Great!  My oldest fabric happened to be this really dark floral print.  I picked it out when I must have been about ten years old.  I wanted to make a quilt with it.  Of course I didn’t listen to my mother who said “It’s really dark, are you sure?”.  The quilt was never made.  So years later I still have yards of it.

I originally wanted to bleach the fabric to lighten it.  If I could get rid of some of the dark color I could use it up a lot easier.  I did some reading on that and went to work.  A couple hours later and almost a half gallon of bleach later — no change.  Yup.  It’s colorfast. 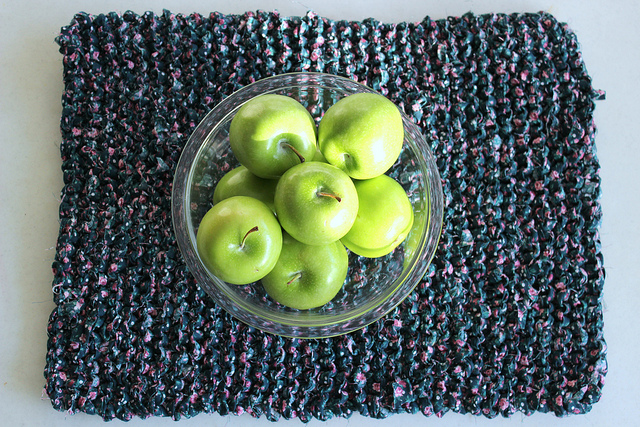 Well I’m not great at crocheting (in fact it’s really not my favorite thing to do).  I tried and then undid it.  I thought, why can’t I just knit it instead.

Well, let me tell you.  If you’ve never knit with fabric, it’s really, really difficult.  There is very little stretch to the cotton fabric (as compared with yarn).  It might have been much easier if I used a jersey knit to make the yarn, but the challenge was to use your oldest fabric and this was it. 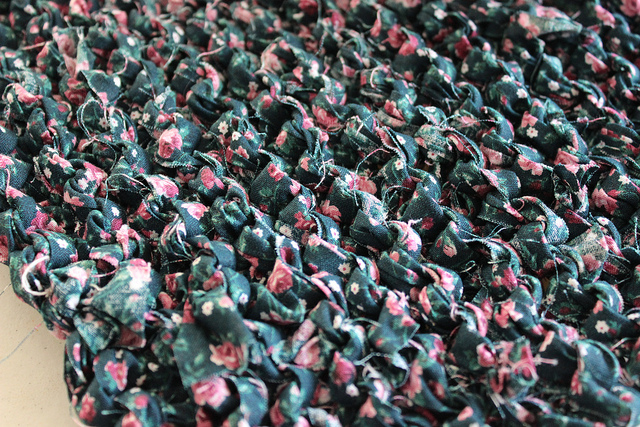 I used size 15 needles (nice and big).  I had to fold the fabric yarn in half while knitting to make the wrong side not show as much.  The knitting was very heavy and because of the lack of stretch, I had to constantly move stitches over on the needles.  It was cumbersome and my hands would get very tired — it as quite a workout for my fingers. 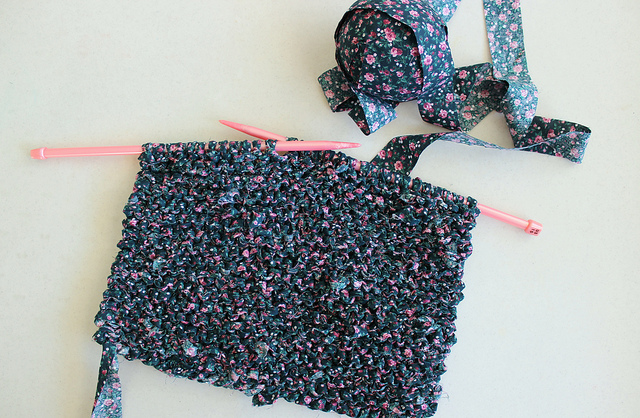 In the end I used 4 full yards of yardage (44″ wide) to knit this small (14″ x 20.5″) — little rug which has now become a trivet.  It will actually be nice to put hot casseroles (or hot dishes – if you’re from MN) right on the table.  The trivet is 1/2″ thick so it will protect the table from the heat nicely. 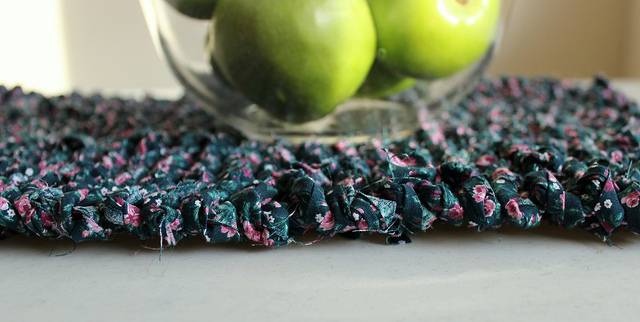 6 Comments on Knitting with Fabric or Why did I think this was a good idea?