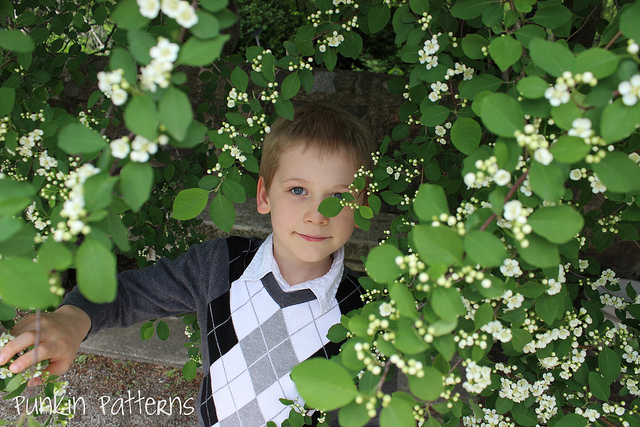 Connor wrote and illustrated his own version of the three little pigs.  I enjoyed it so much I thought I would share!  (I had to document it well – It was a present for his 2nd grade teacher!)

I’ve transcribed the words, just in case you have trouble reading it.  As the story progresses, there is less and less punctuation and capitalization.   I guess he was too excited to worry about that.

You might remember his last story that I shared two years ago “Jack the Rat”.  It was a great book too. 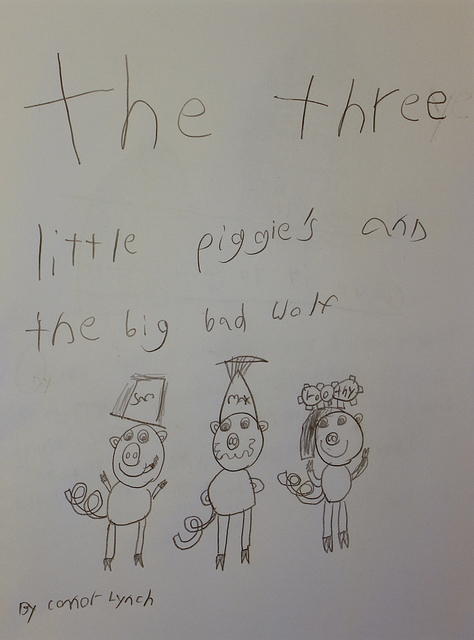 The Three Little Piggies and the Big Bad Wolf, by Connor Lynch 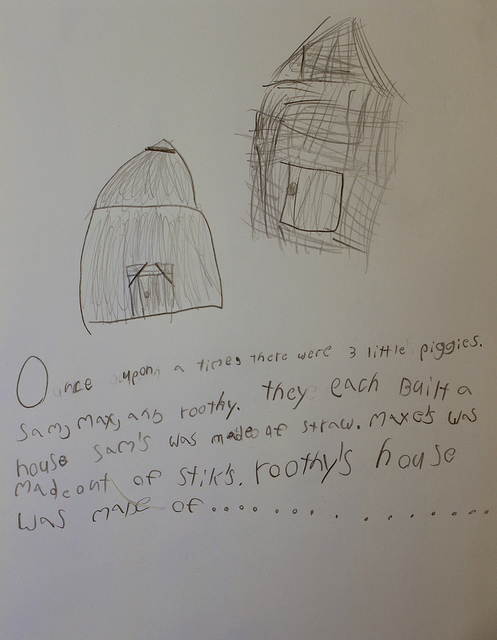 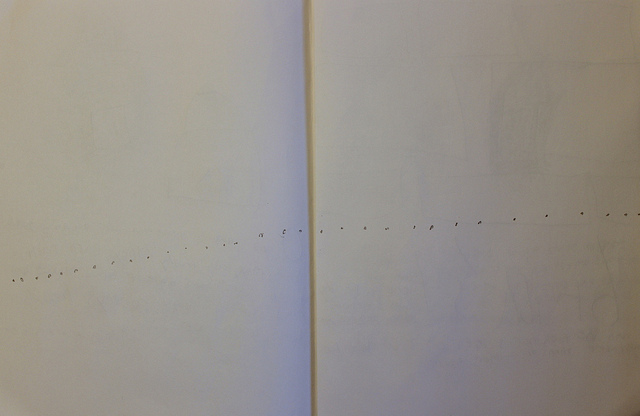 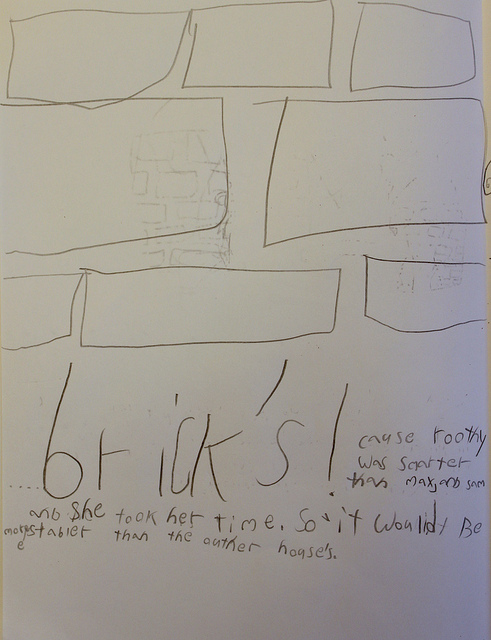 Bricks!  – cause Ruthie was smarter than Max and Sam and she took her time so it would be more stable than the other houses. 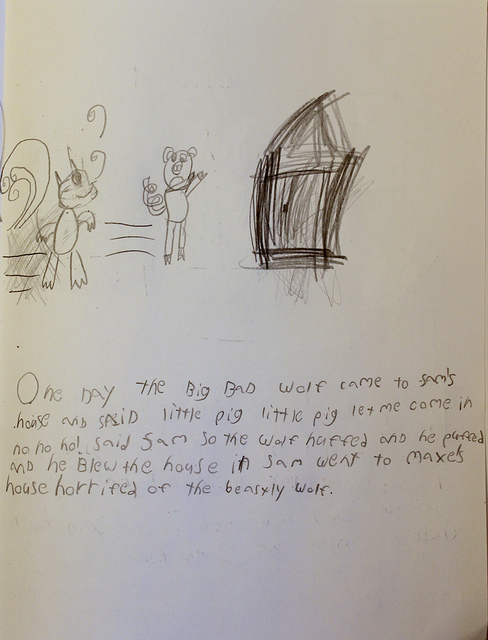 One day, the big bad wolf came to Sam’s house and said, “Little pig, little pig, let me come in!”
“No, no, no!”, said Sam.
So the wolf huffed and he puffed and he blew the house in.
Sam went to Max’s house, horrified of the beastly wolf. 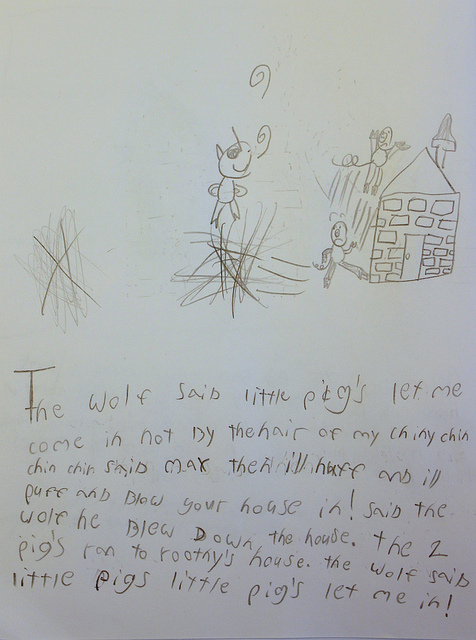 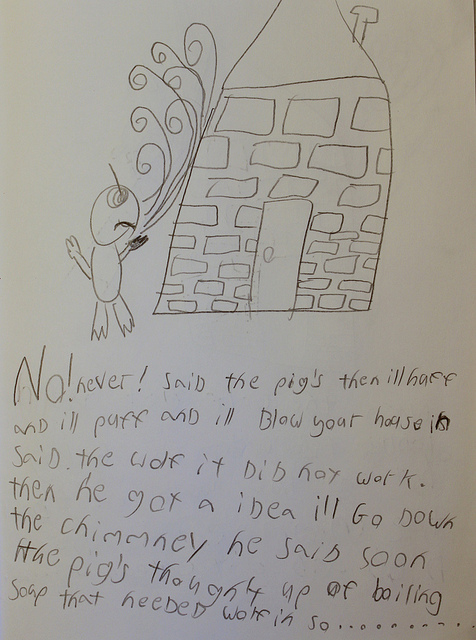 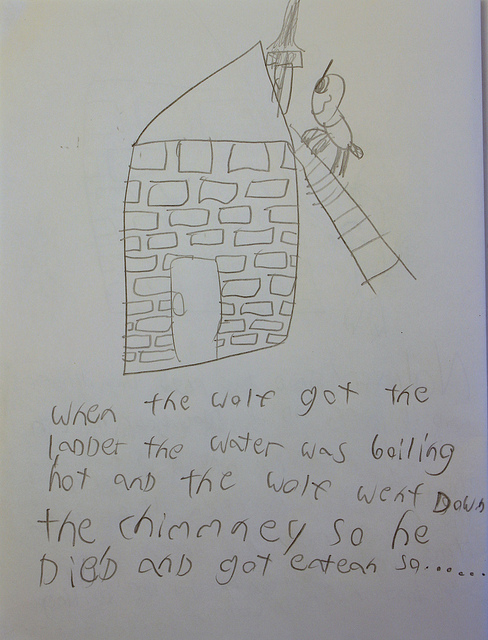 When the wolf got the ladder, the water was boiling hot and when the wolf went down the chimney, so he died and got eaten.  So . . . . 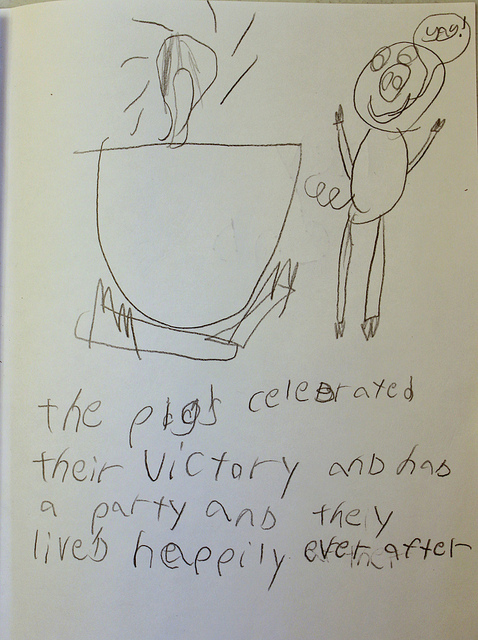 The pigs celebrated their victory and had a party and they lived happily ever after.

The only help I gave on this book was the binding.  I used a very sharp needle and some non-stretchy cording to stitch up the binding to hold the pages together. 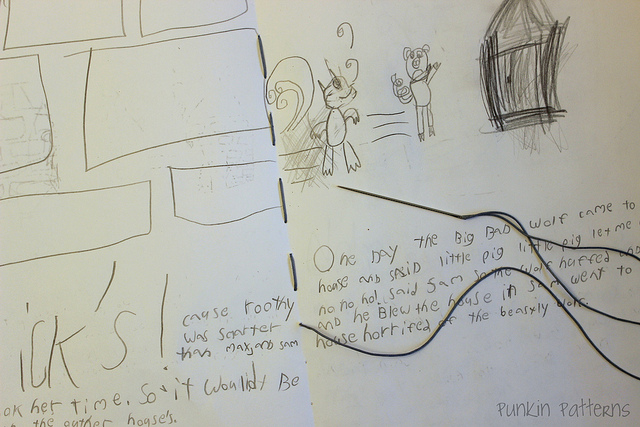 Tomorrow I’ll show you a tutorial for the zipper pouch I made for his teacher! 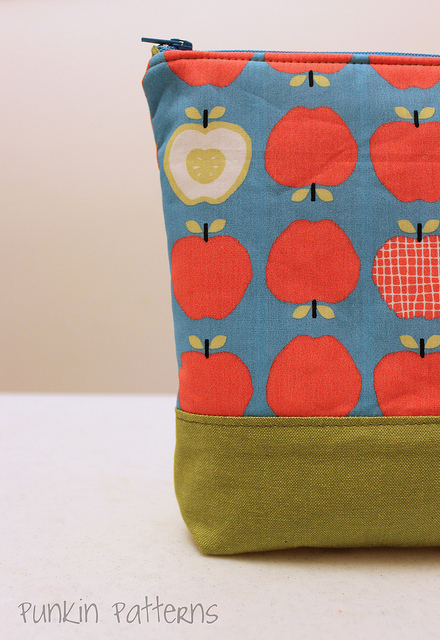