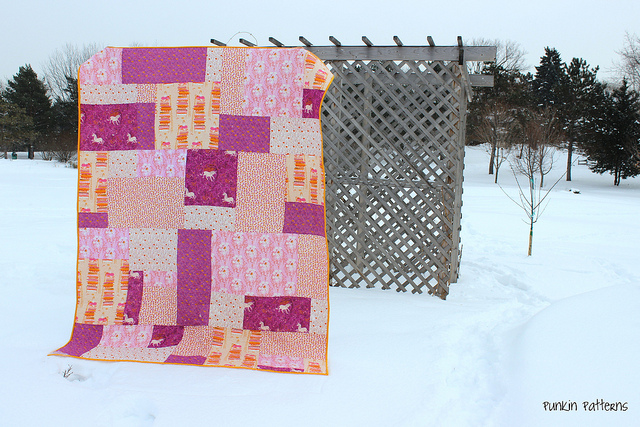 This quilt has been waiting to be finished for a long time.  I started this quilt over three years ago.  Until now, it has been my longest outstanding unfinished quilt.  And now it’s done!  Yay!

I had the quilt top done in one weekend.  I wish I could remember where the free tutorial was for the quilt top.  It was easy and super simple.  Three years ago was pre-Pintrest era and so I bookmarked the site.  Three computers later and the bookmark is long gone.  I have no memory of what the tutorial was called or who made it or anything.  Sorry.  If anyone knows, let me know so I can update this! 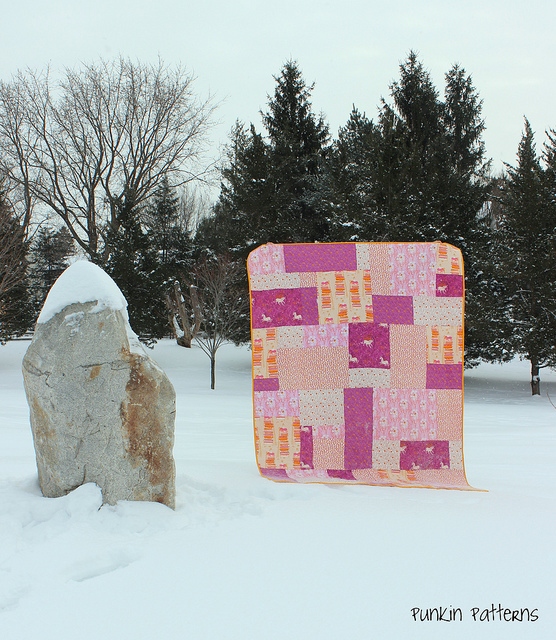 The quilt top remained unfinished for so long because I was afraid to quilt it.  The fabric is Heather Ross’ beautiful Far Far Away line (the first) in double gauze.  The double gauze was so delicate and I had to be gentler with it than the normal cottons I use. 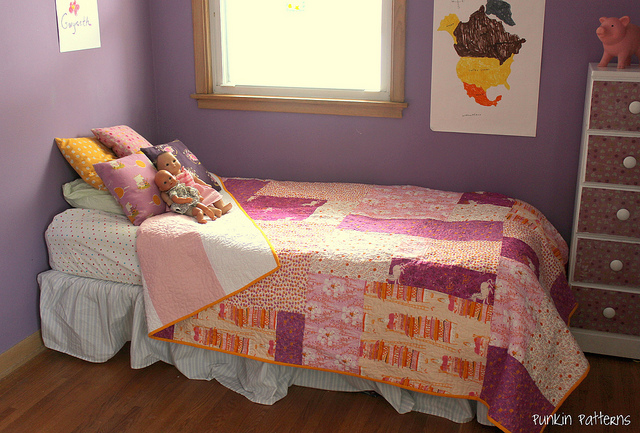 The back of the quilt was simple long horizontal stripes of KONA baby pink (I think) and a white with small pink polka dots on it (not quite pin dots, a little larger). 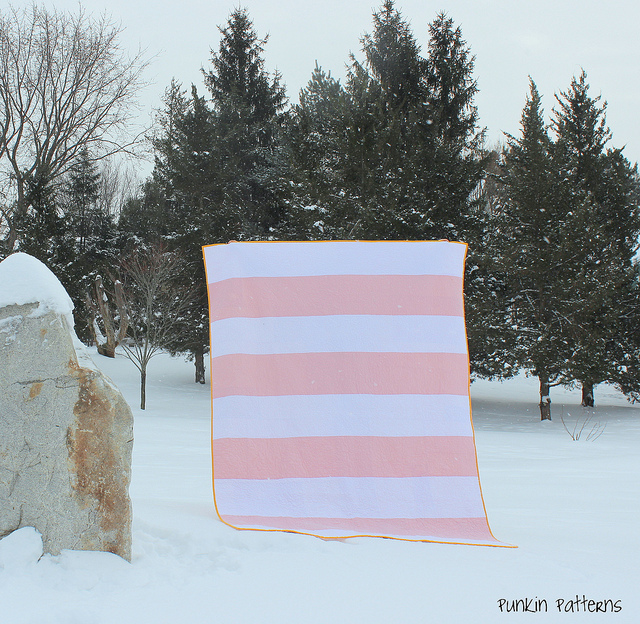 In the end, I free motioned the quilt on my domestic machine.  The pale pink thread I choose was hard to see on the front on all but the purple blocks, so as a result I crossed my lines a few times simply because I couldn’t see them until I was right on top of them.  I still like the randomness to it. 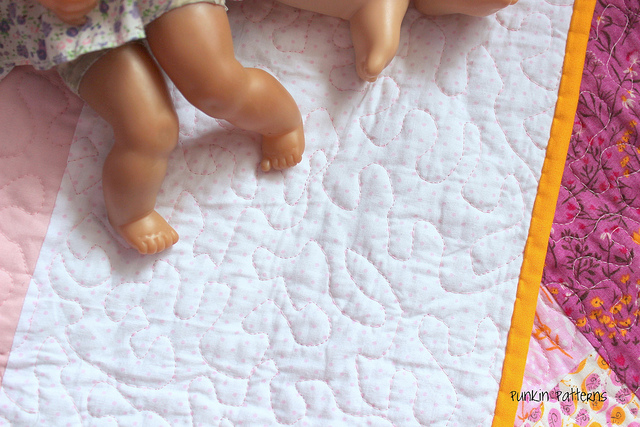 For the binding, I used KONA papaya.  It’s such a bright, pretty and happy color.  (Could I add any more adjectives to that sentence?)
Check out her matching dresser and you gotta love that piggy bank!  It’s so cute! 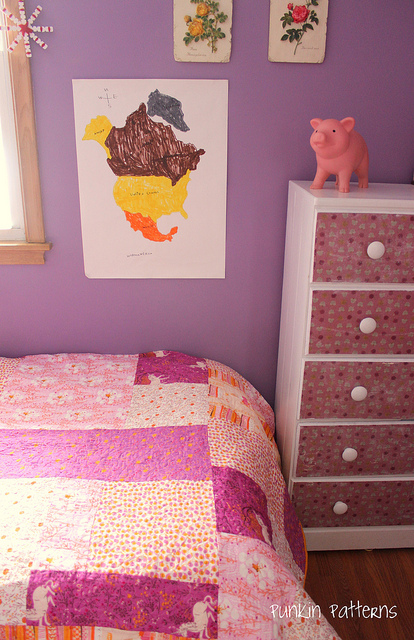