If you missed it, yesterday Venus took a rare trip passing directly between the Earth and the sun, known as a Venus Transit.  Being scientists — my husband and I planned a trip to the park with a picnic and of course, telescope in tow.

Here’s a picture we took with our telescope (we had a solar filter on, so it was safe to view). 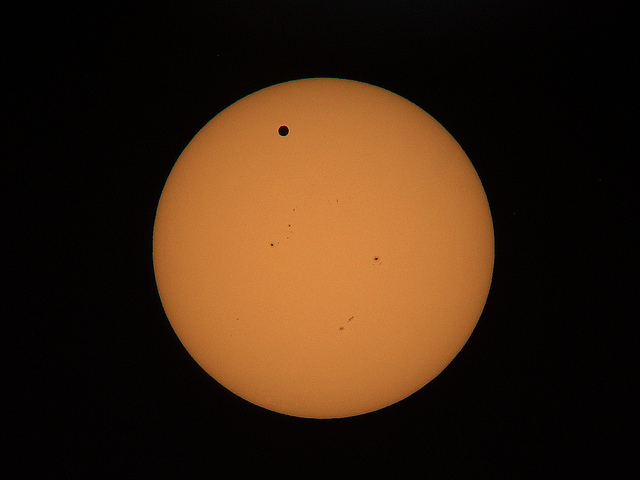 The next Venus Transit won’t happen for another 105 years — in December of 2117.  NASA’s SDO took some excellent photos which you can check out here!

Connor looked in the telescope and thought it was cool and then had fun climbing the trees and playing tag with his cousins who meet up with us at the park. 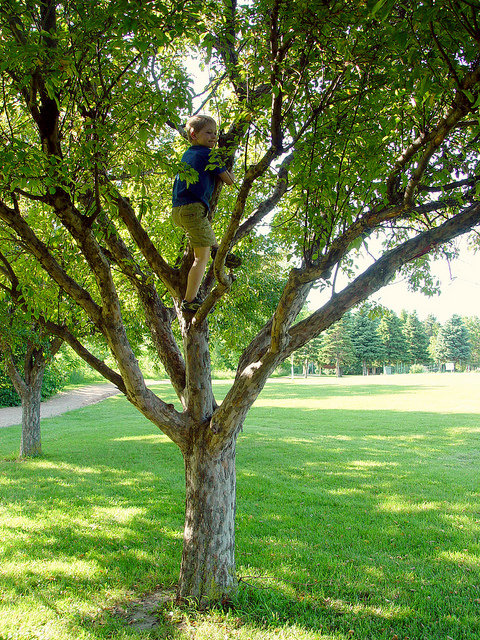