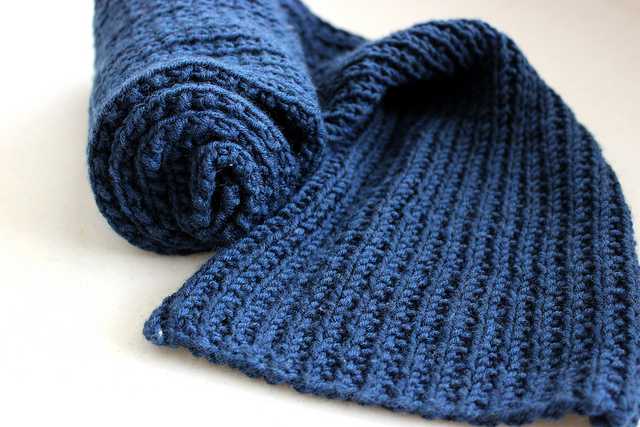 I’ve been going through my stash of yarn — yes, I have a stash of yarn too.  It’s no where near as big as my fabric stash, but I’ve been trying to use it all up.  I found some lovely dark blue merino wool (which I’m sure was meant for some other project) — but instead I decided to make a simple scarf for my husband.

The pattern I followed (roughly) was the Men’s Cashmere Scarf from the book Last-Minute Kitted Gifts.  I used a smaller gauge yarn than what was in the pattern so I had to do a little manipulating of the gauge to get it close to the original.  It turned out a little bit wider than the one in the book, but still very nice. 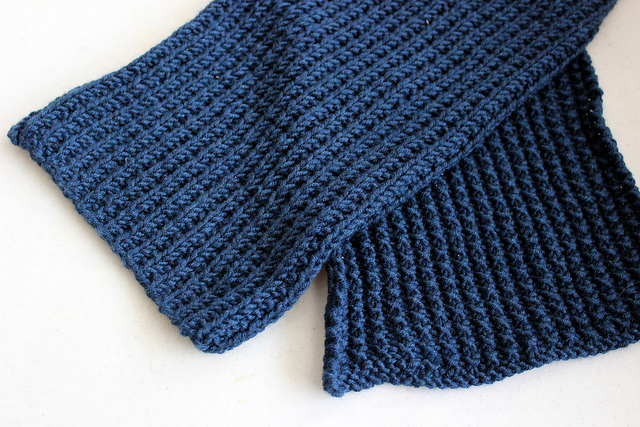 The pattern used made the wrong side (or back) nubby and beautiful in it’s own way.  I almost like the back (shown above on the right) better than the top.  . . . . Well, almost.

Are you knitting along with Shannon over at LuvInTheMommyhood for the Downton Abbey Knit Along?  I am.  LOVE THAT SHOW.  Are you watching too??

Off to work on my next knitting project.

Have a great weekend!