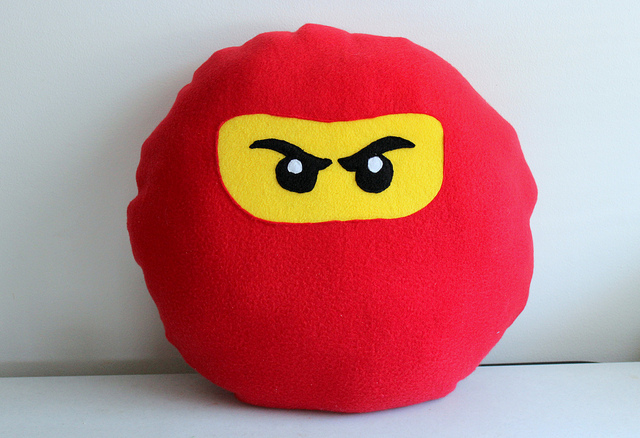 My son’s recent obsession is related to all things Ninjago.  The little Lego ninjas are fun and he plays with Legos for hours and reads every Ninjago book he can get his hands on.  If you recall, he was also a ninja last Halloween (Kai, the red Lego ninja to be specific).

Connor came to me with this sketch he had made asking if I could help him make it into a pillow.  In his eyes, I can make anything. 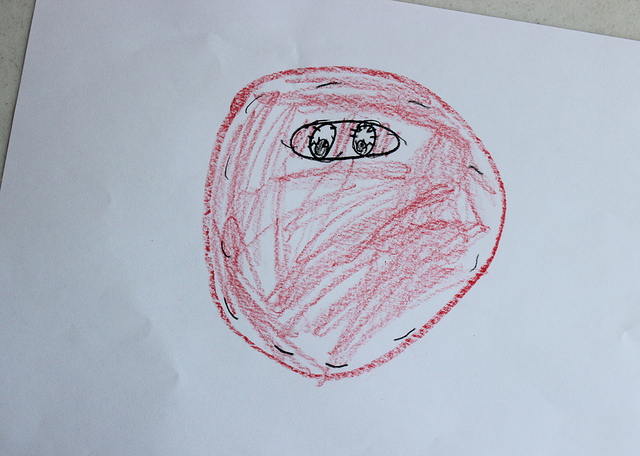 He started explaining that he made some changes to what he really wanted – the eyes were simply shaped (to make it easier on me) and the yellow skin was replaced with red (so I wouldn’t have to buy another color fabric for just a little bit).  So sweet.  I had lots of scraps of fleece so multiple colors was not a problem.  As for the simple eyes, I asked him to bring me his original inspiration so I could see.  He brought me one of his Ninjago books. 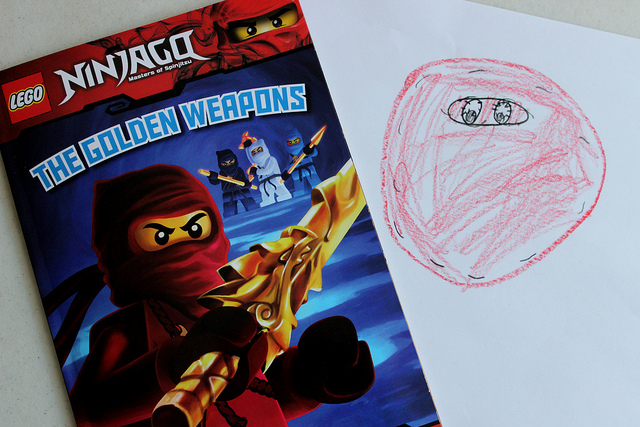 I told him I could make a face like the one on the book if he wanted.  He was very excited and he loved watching me draw my pattern which I used to make the face. 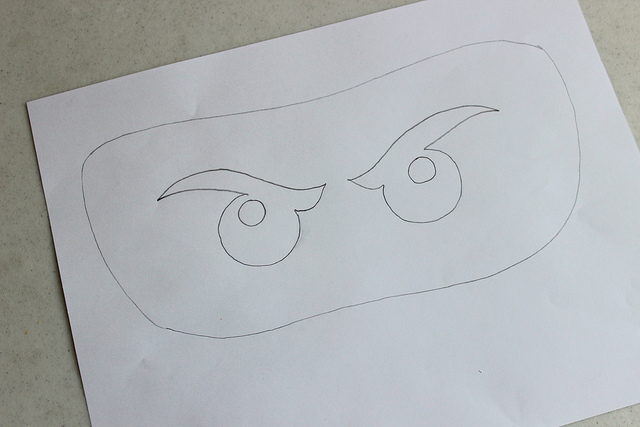 I’m slightly ashamed to say I had more than enough fleece in the house for this project.  I finished quickly, but I didn’t have enough fiber-fill to fill up the pillow.  It would have to wait until morning to finish when I could run out and get some more.  When I told him this, Connor ran to his room and came back with $1 in his hand — money he had earned from shoveling the driveway.  He told me he didn’t want me to have to spend money on something he wanted so he asked if that would be enough for more “stuffing” and of course, it just melted my heart.
Of course it was more than enough. 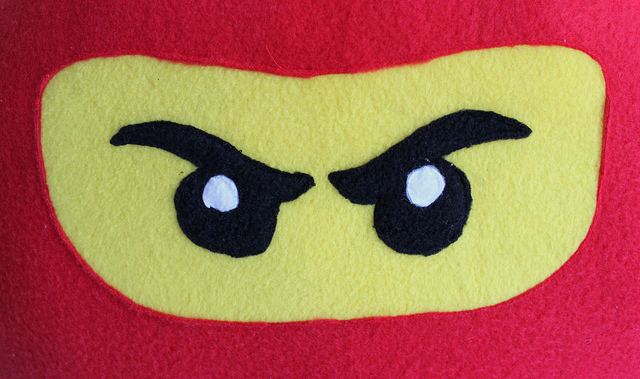