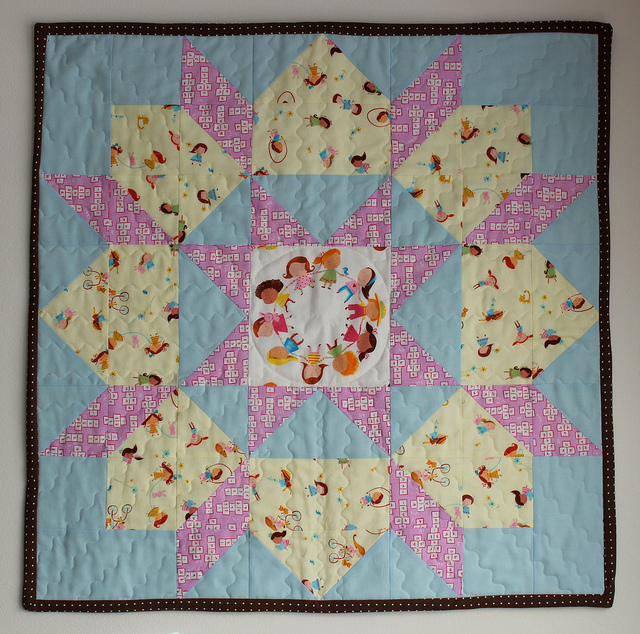 I along with so many others, have fallen in love with the Swoon Quilt from Thimble Blossoms.  I am going to make a large version (one of these days) for my bed, but for now, I wanted to test it out and do a single block.

I had intended for this to be quick and done in a day, but things don’t always work out like that do they?  Between kids getting sick, me getting sick and then spring break (which did not occur for both kids at the same time) — it did make it difficult.  The pattern warns to cut the fabric very carefully as there isn’t enough fabric left over to cut again if you make a mistake.  OK, well I took my time cutting to make it perfect.  . . . . I neglected to read the next instructions carefully.  Well, I made a big mistake (using the wrong size squares to make HST) and I realized it too late.  Anyhow it remained untouched for a while since I was angry at myself for making such a stupid mistake.  I tried to get a the same fabric to replace it, but I couldn’t get it and I changed fabrics.

And after all that  . . . I like it more than what it would have looked like had I not made the mistake.

Aside from my mistakes, it is a lovely pattern and block and I’m very excited to work on my larger version at a quilt retreat I’m running off to in April.

I named this little doll quilt “Recess”.  I don’t think I’ve ever named a quilt before, but it seems very fitting.  Little girls playing ring around the rosie in the center, and hopscotch all round and the rest of the girls jumping rope, picking flowers and just having fun.

The center block is David Walker’s Circle of Friends for FreeSpirit, the yellow print is also David Walker,  Girls at Play from Hopscotch (also FreeSpirit), the blue is a bit of KONA leftover from Gwyneth’s Cinderella dress (which I believe is Cotton Candy Blue) and lastly the cute hopscotch print is from Sarah Jane’s Children at Play, Hopscotch. 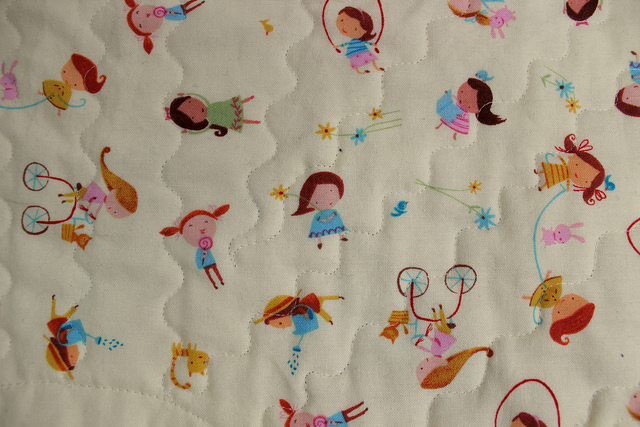 The quilting design was simple.  I outlined the girls in the center with a circle and had squiggly lines all coming out from that (like the sun), which I’ve been wishing would melt all this snow away here.

The back is a solid piece of Girls at Play. 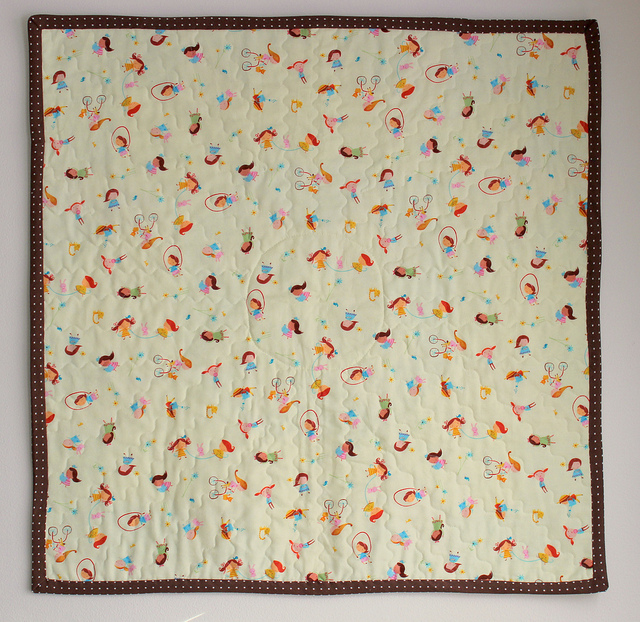 Gwyneth is ecstatic to now have two doll quilts.  She’s designated this quilt for “Little Baby”, whom she named when she was 2.5 yrs old. 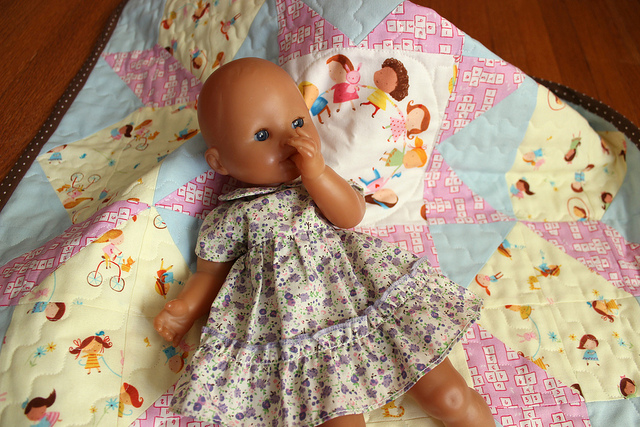 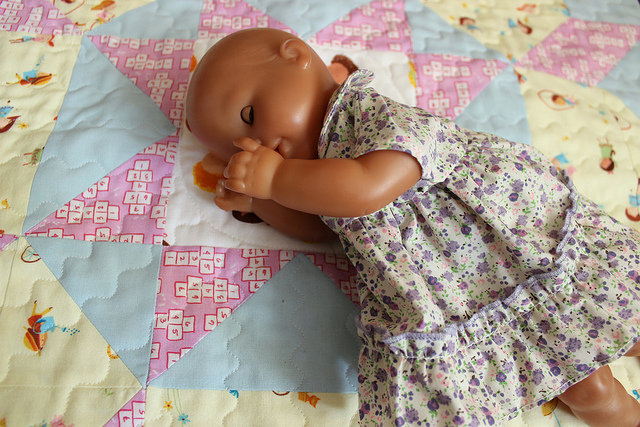