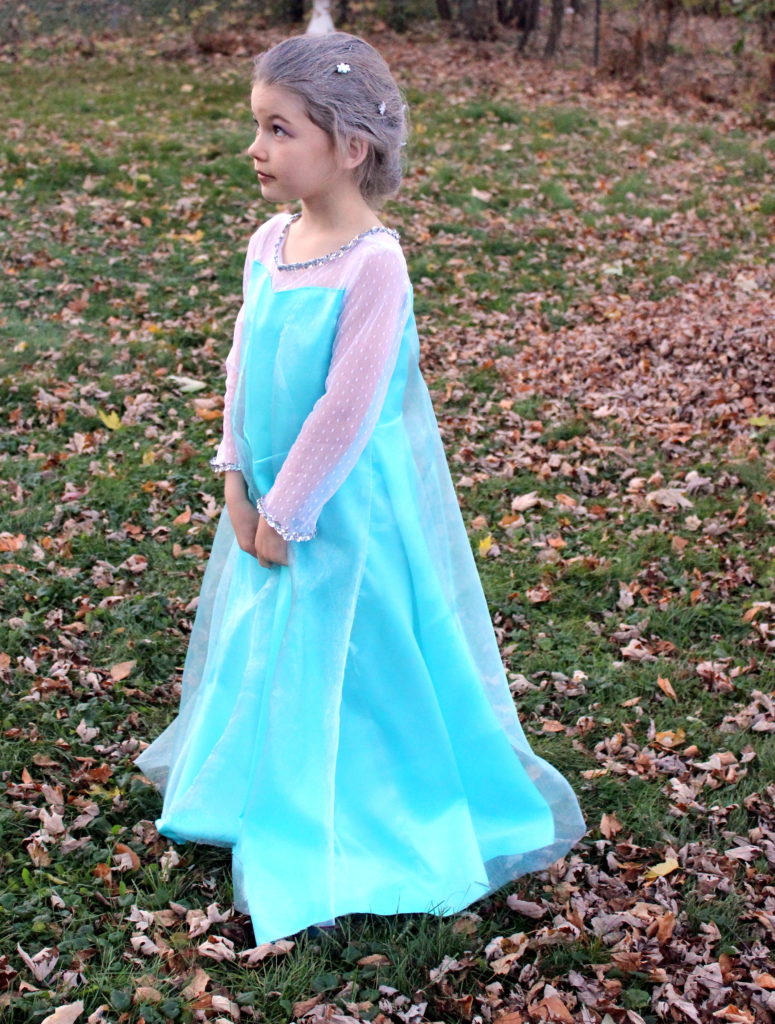 I’m sure I’m not the only one who made an Elsa dress this last Halloween, but I probably am the only one posting about it in December. 😉  I’m sneaking in one last post before the new year.  At least it’s still 2014 here.

I’ve been seriously neglecting the blog. I spent almost a month getting this new site up and running and debugging and fixing all my photos that were moved from blogger. When I finally finished, there were crickets from me.  Why? Well, I needed a break from the computer.  So there will be a few random posts to catch up, because I know not everyone follows my IG feed.
So …. first up is an Elsa dress I made for Gwyneth this last Halloween.

For this dress, I just used Simplicity pattern S0733. 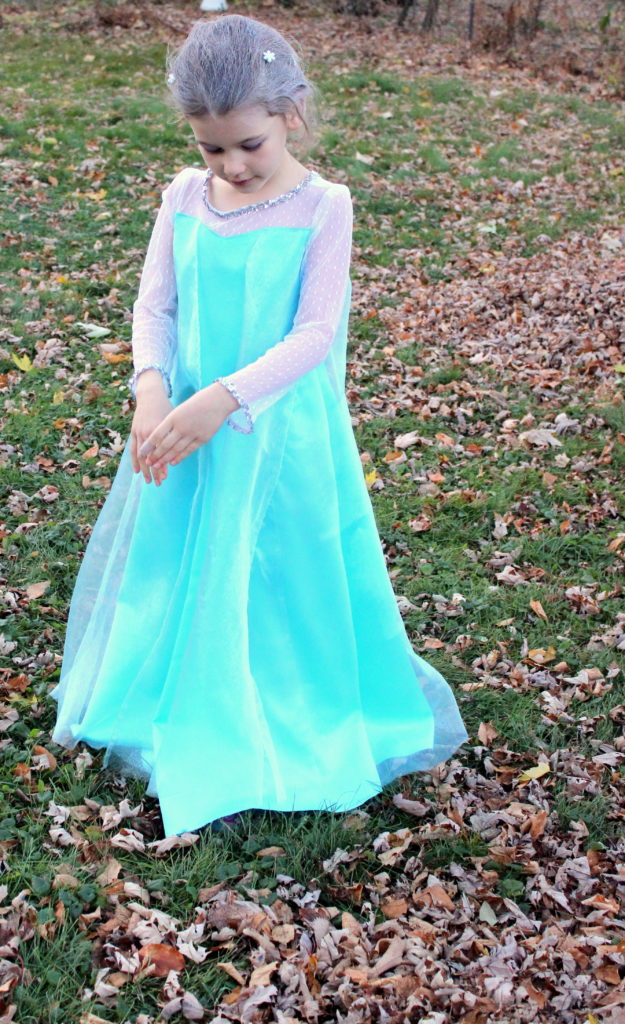 To be honest, I did not like making this dress at all.  I usually love making costumes.  This was not fun.  And the reason?  ….the fabric.  It was all because of the fabric.

The silky blue fabric wasn’t a pain because I had a teflon foot to use.  The netting material was not fun.  Not fun at all.

The cape which is see-through and sewn into the dress was originally going to be for the sleeves and neckline.  I had originally sewn in the neckline and then I held up the dress and it started ripping.  It wasn’t strong enough to hold the weight of the rest of the dress.

So I rummaged through my bits of fabric and found the knit lace I ended up using.  It was much stronger than my first choice.  In the end it worked out all right. 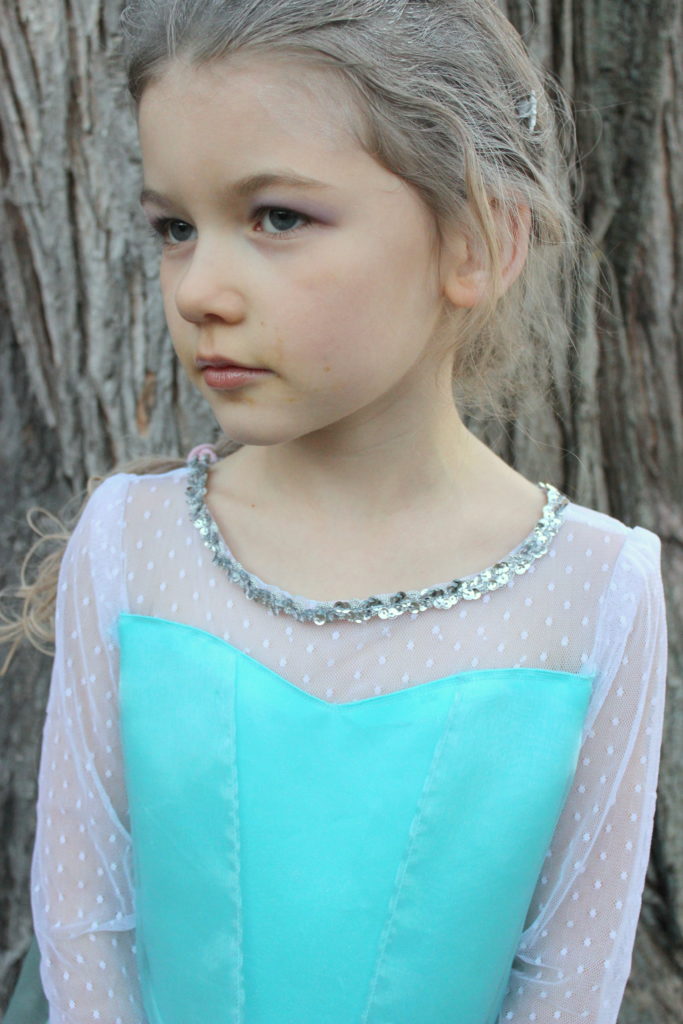 With the mishap of the neckline and sleeves, I ended up running out of time to hem the bottom.  You couldn’t tell.  (However now it is all ratty and sitting in a pile and I will probably never fix it.  And that’s OK.) 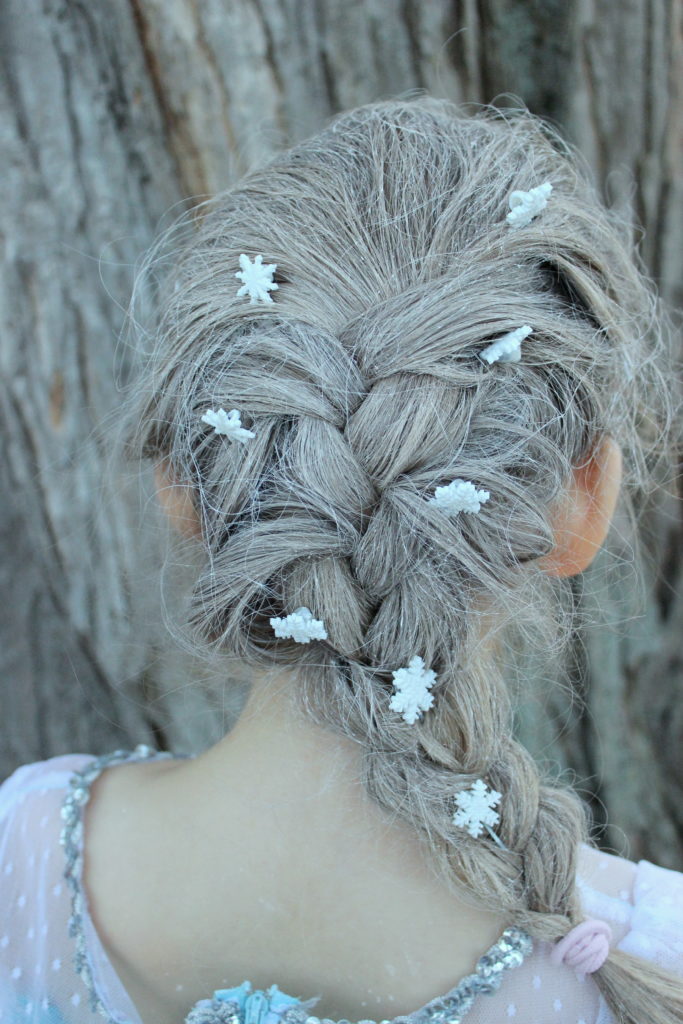 I had a lot of fun fixing her hair to be like Elsa’s.  The snowflakes were cheap buttons that were glued onto bobby pins.  Super simple.

We sprayed her hair with white washable hair spray, but it sort of turned out gray.  She still liked it.

Connor chose to be Harry Potter again.  He was Harry last year. 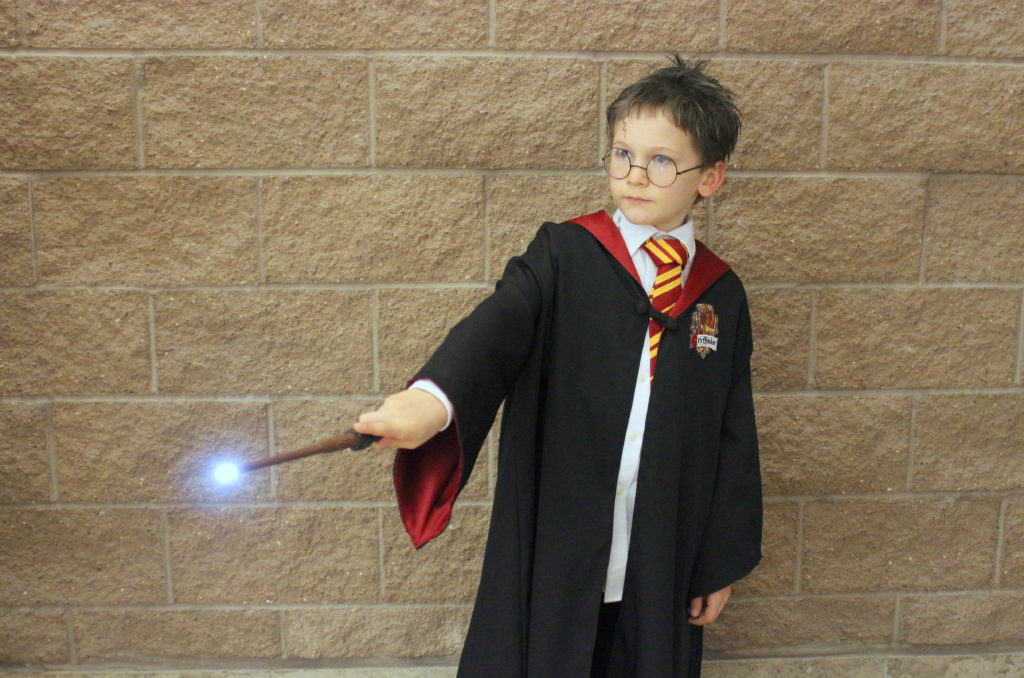 Connor chose to be Harry Potter again.  He was Harry last year.

The kids had lots of fun (as always) and of course, they collected way too much candy. 😉 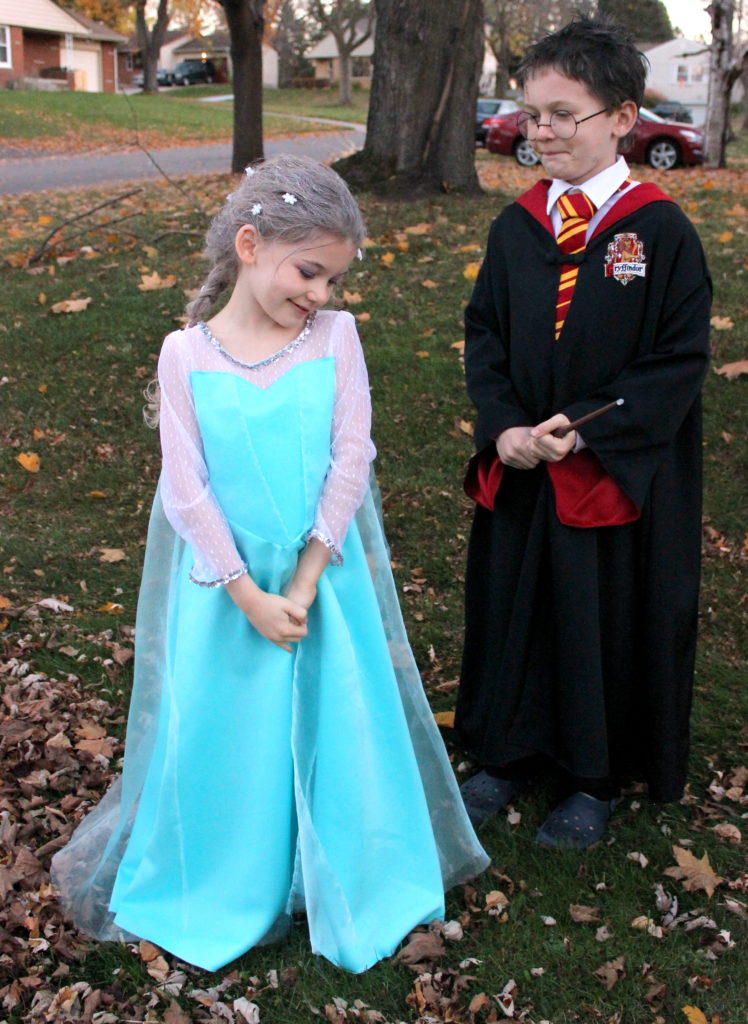