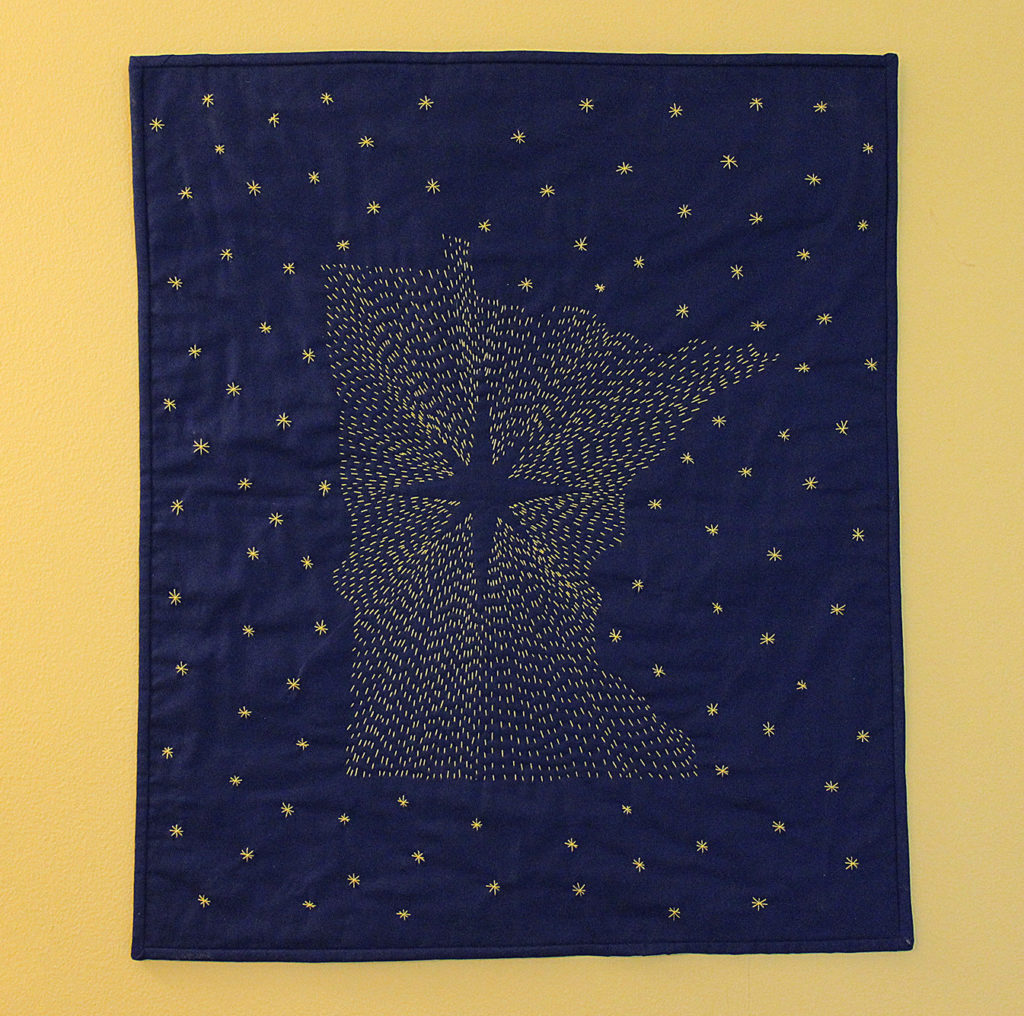 The Minnesota Modern Quilt Guild (MMQG) had a challenge to make a MN Inspiration quilt – something about MN with a modern twist. My inspiration was the state motto: “L’etoile du nord” which is french for “star of the north”.

I wanted to do a whole cloth quilt (it’s a mini) and to use the thread to make a striking effect. The small stars are quilted on as well. The inspiration was the night sky and the center large star is the north star and it’s light forms the state of Minnesota. 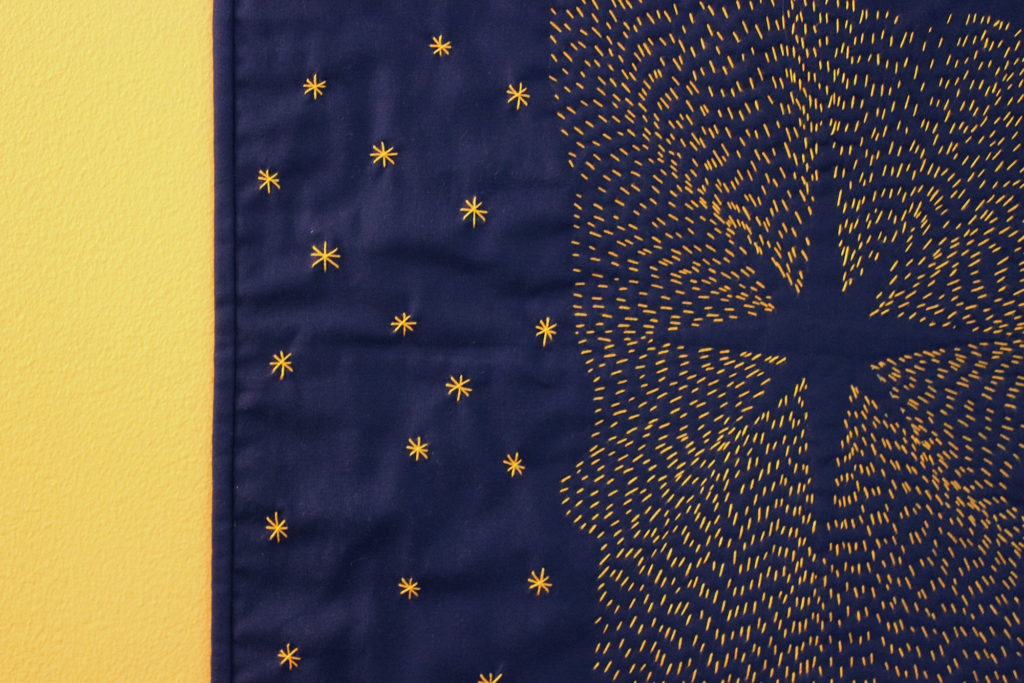 To make this I printed a picture of MN from Google maps and resized it to what I wanted. I used that as a template and using a fine chalk pen, outlined the state and the star shape (which I also drew on the computer and made it symmetric). Then in a contrast color, I basted along the edge of the state and the star. Then using a straight edge I marked one line at a time from the edge of the state to the star in the center and started stitching. The quilting is denser next to the start and moves outward to represent the light from the star emanating outward to make the shape of the state.

For this I used Aurifil 12 wt in a gold color (2132). It was really fun stitching with this thread it has quite the impact – especially on such a dark background. The background fabric is Kona in Nightfall. I made the binding the same color as the background as well.

9 Comments on Star of the North