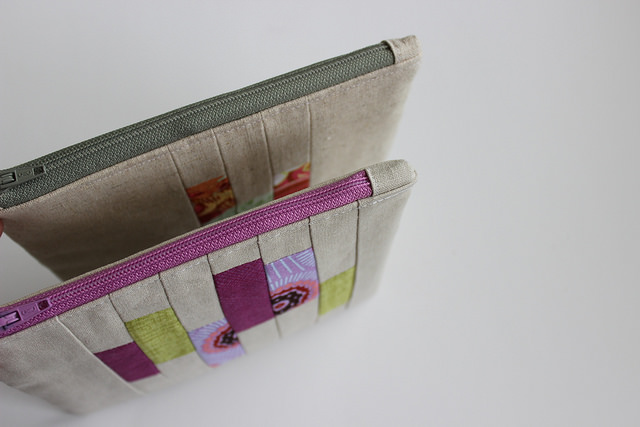 I made these scrappy pouches months ago.  They were part of a tutorial for the May/June 2014 Issue of Pretty Patches.  Then I gave them away and completely forgot about them.  🙂

They are so fun and they use the tiniest scraps so you don’t waste anything! (I blame my good friend Amanda Jean for that — not blame in a bad way.  😉  I totally look at scraps in a different light now and I really have fun with them and don’t just collect them.)  Anyway, when Pretty Patches asked me to design a scrap project, I jumped in not sure what I’d do.  It was so much fun!  This was of course several months ago and I quickly forgot about the project after it was all done. 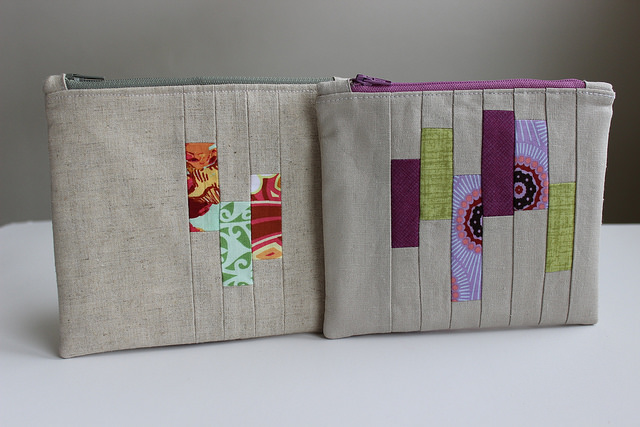 Earlier this month I did another new tutorial for Pretty Patches for Halloween – which isn’t out yet, so I can’t show you it, but it reminded me of the previous work.  So, if you happen to have the current and last few issues of Pretty Patches – go check them out. 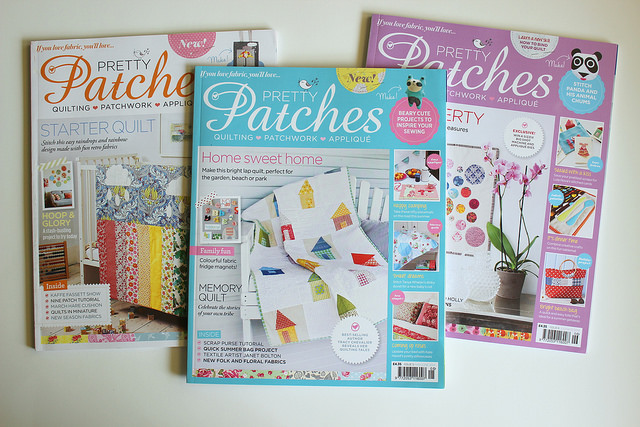 The March/April issue has my nine patch/disappearing nine patch tutorial and the July/August issue has one of my favorite projects – my table setting placemat (still a huge favorite in my house). 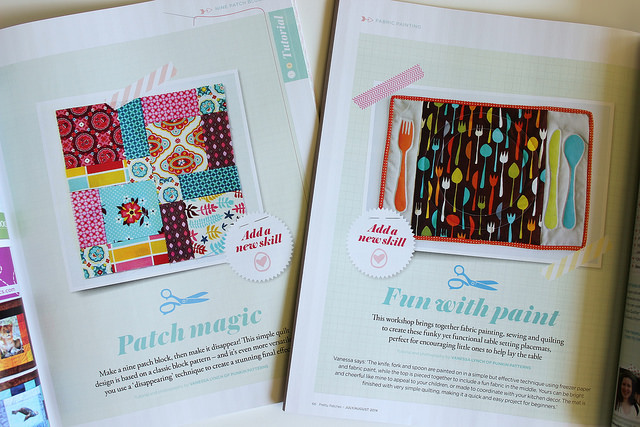 The May/June issue has my new tutorial for Super Sliver Pouches.  So much fun! 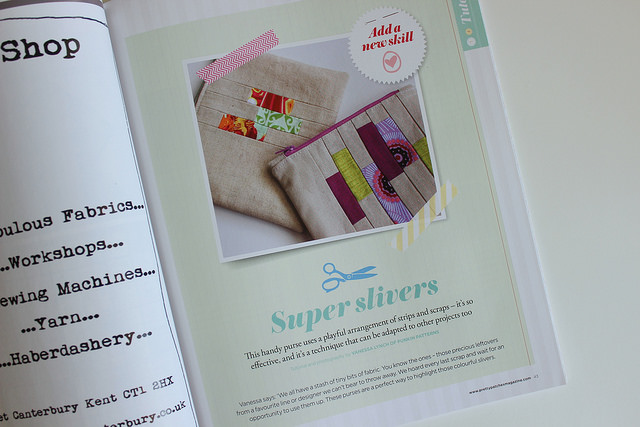 Each issue also had a little feature about one of my patterns.  (It’s so flattering to read.) 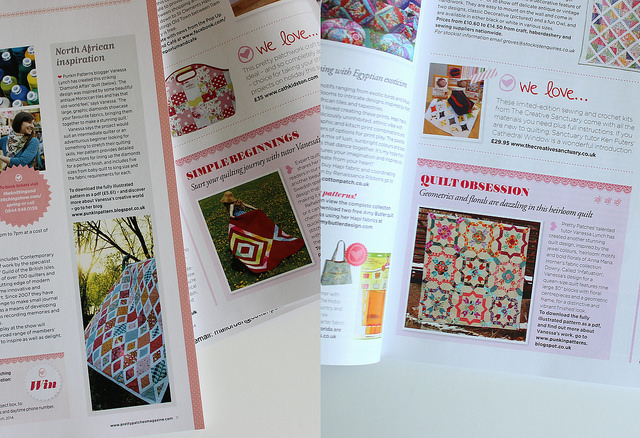 Well … now back to brainstorming a Christmas idea for that issue.  Christmas in July! … at least in this house.